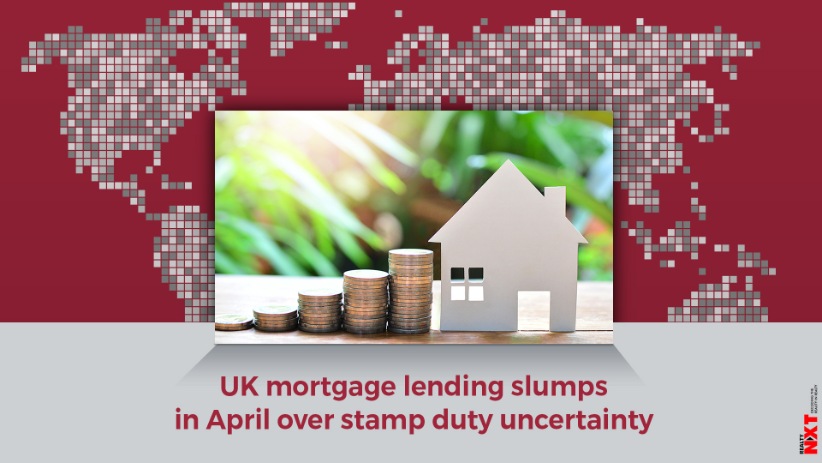 Another key factor pushing up prices has been greater demand for spacious housing outside city centres from people who are now able to work from home.

British mortgage lending slumped in April as a government decision to prolong a tax break on property sales came too late to influence buyers that month, but housing market activity looks on course to rebound, Bank of England data showed.

Net mortgage lending by British lenders slumped in April to 3.3 billion pounds ($4.7 billion) from a record 11.5 billion pounds the month before, an even sharper drop than the fall to 6.6 billion pounds forecast by economists in a Reuters poll.

“The recent variability is likely to reflect the reduction in the stamp duty tax, which was initially expected to end in March, but has now been extended to the end of June,” the BoE said.

Sunak announced he would extend the tax break in his March 3 budget. But many buyers were already rushing through transactions to complete them before the earlier deadline.

The cut in stamp duty land tax began in July last year to spur housing transactions after a slump at the start of the pandemic.

House prices have boomed since then, despite the economic damage wrought on other sectors by the COVID pandemic, with prices in May up 10.9% on a year ago according to lender Nationwide, the biggest jump since 2014.

Another key factor pushing up prices has been greater demand for spacious housing outside city centres from people who are now able to work from home.

Households continued to pay down personal debt, largely reflecting reduced spending opportunities during the lockdown, which was still largely in place in April.

Net repayments totalled 377 million pounds, well below economists’ average forecast for a net 500 million pounds in new borrowing. April’s net consumer lending was 5.7% below its year-ago level, compared with an 8.8% shortfall in March.