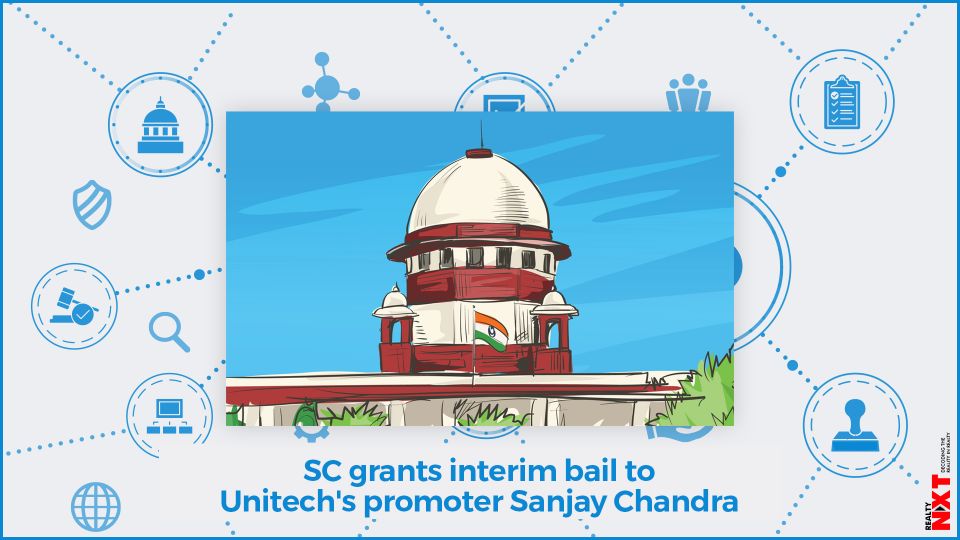 In January last year, the apex court had refused to grant bail to Sanjay and his brother and Unitech promoter Ajay Chandra in the case relating to alleged siphoning off the home-buyers’ money.

The apex court was informed that one of his parents is infected with COVID-19 and is undergoing treatment at the hospital.

On January 20, in a respite to over 12,000 hassled home buyers of Unitech Ltd, the top court had allowed the Centre to take total management control of the realty firm and appoint a new board of nominee directors.

The apex court had approved the name of retired Haryana cadre IAS officer Yudvir Singh Malik as chairman and managing director (CMD) of the new board and directed that existing board of directors of the company would stand superseded.

In January last year, the apex court had refused to grant bail to Sanjay and his brother and Unitech promoter Ajay Chandra in the case relating to alleged siphoning off the home-buyers’ money.

It had then observed that they have still not complied with its October 30, 2017 order which asked them to deposit Rs 750 crore with the apex court registry by December 31, 2017.

The matter pertains to a criminal case which started initially by one complaint lodged in 2015 and later joined by 173 other home buyers of Unitech projects’ — ‘Wild Flower Country’ and ‘Anthea Project’ — situated in Gurugram.

In 2018, the apex court had directed a forensic audit of Unitech Ltd and its sister concerns and subsidiaries by Samir Paranjpe, Partner, Forensic and Investigation Services in M/s Grant Thornton India.

The forensic auditors had submitted their report which said that Unitech Ltd received around Rs 14,270 crore from 29,800 homebuyers mostly between 2006-2014 and around Rs 1,805 crore from six financial institutions for the construction of 74 projects.

The audit revealed that around Rs 5,063 crore of homebuyers’ money and around Rs 763 crore of fund received from financial institutions were not utilised by the company and high value investments were made off-shore tax-haven countries between 2007-2010.