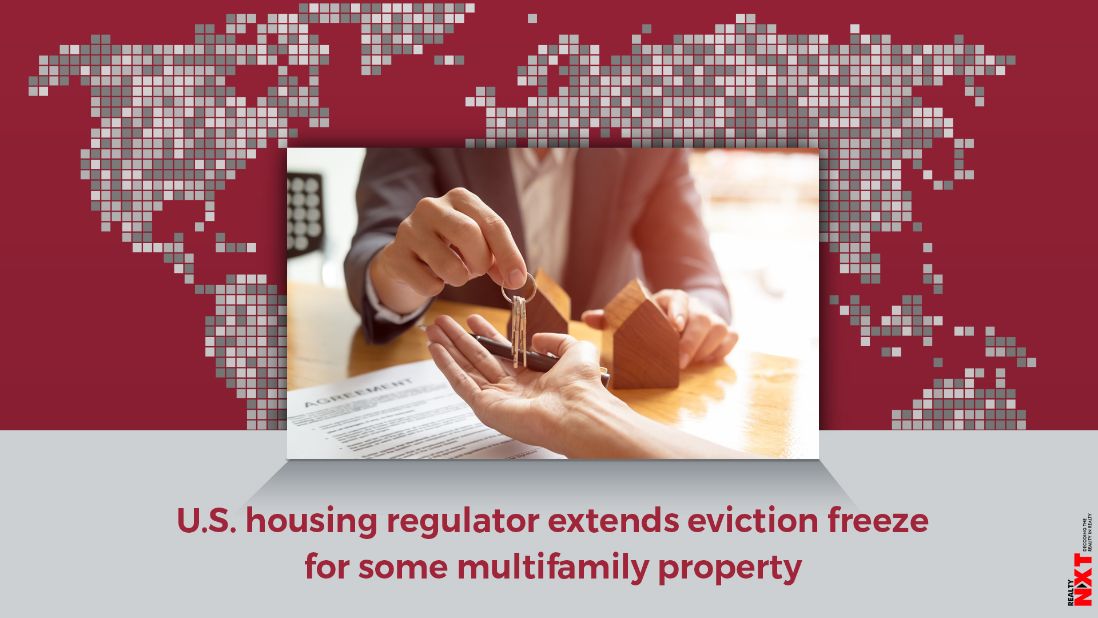 Under the extension, which is now in effect until Sept. 30, those property owners cannot evict tenants for not paying rent, or charge late fees for unpaid rent.

A U.S. housing regulator announced Thursday it was extending until the end of September an ongoing moratorium on evictions at multifamily properties backed by Fannie Mae and Freddie Mac.

The move from the Federal Housing Finance Agency (FHFA) applies to any multifamily property owners who have sought forbearance with the enterprises due to financial hardship.

Under the extension, which is now in effect until Sept. 30, those property owners cannot evict tenants for not paying rent, or charge late fees for unpaid rent.

The relief marks the third time the FHFA has extended such a moratorium in an effort to provide relief to struggling property owners and renters amid the coronavirus pandemic. The current moratorium had been set to expire at the end of June prior to the extension.

The additional relief comes as a broader legal fight about government efforts to curb evictions plays out. On Wednesday, a federal appeals court refused to lift a separate nationwide moratorium on residential evictions established by the U.S. Centers for Disease Control and Prevention (CDC).

The three-judge panel said it would not lift a stay of a lower court ruling that had found the eviction ban unlawful. That moratorium is set to expire on June 30.