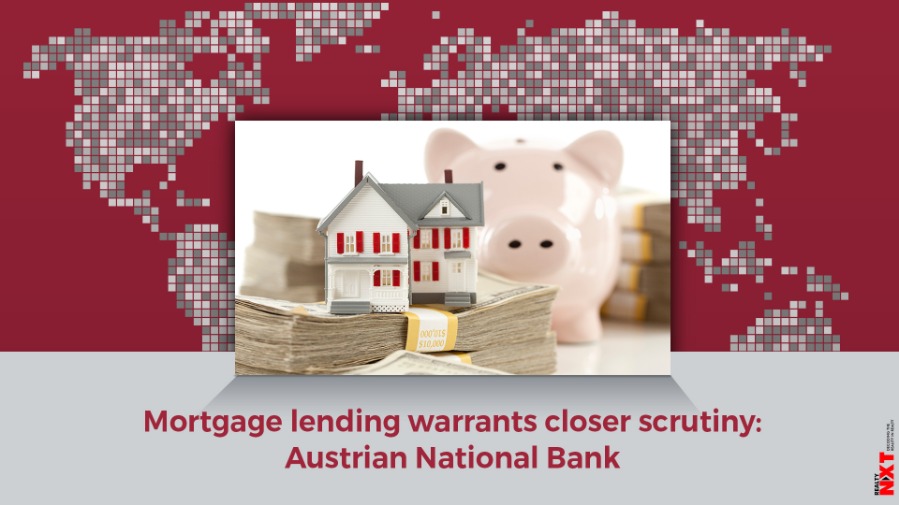 Austrian banks’ mortgage lending warrants closer scrutiny to ward off any systemic risk arising from slipping standards during a continued housing boom, the country’s central bank said on Monday as it published a financial stability report.

Housing prices rose 12.3% in Austria in the first quarter compared with the previous three months, the Austrian National Bank (ONB) said in a separate report published on Friday. That figure was 10% in the fourth quarter of last year and 9.5% in the previous quarter.

Monday’s semi-annual Financial Stability Report found that housing loans were increasingly riskier than the standards recommended by the country’s Financial Market Stability Board, which includes representatives of the finance ministry, central bank and Financial Market Authority.

“The down payments for more than half of new loans fall short of 20% of total financing needs, and debt service exceeds 40% of borrowers’ net income in the case of one-fifth of loans,” the Austrian National Bank said in a statement.

“These developments call for closer scrutiny to ward off any potential systemic risks from residential real estate lending at an early stage.”

Households’ debt-to-income ratio has been growing at the fastest rate in 15 years as housing loans “kept growing at a rapid pace” since financing conditions remain favourable and demand for housing remains strong, the central bank said. Banks’ credit quality has, however, not yet deteriorated, it added.

For now the central bank will observe rather than take action, Vice Governor Gottfried Haber told a news conference, adding that the coronavirus crisis had not yet played itself out and the overall situation was not in a settled “steady state”.

“We do not believe that there are currently enormous, pressing risks in the area of residential property,” he said, adding that this phase would take months.

“There is…no pressure to act immediately to adjust something or to do something differently but we must analyse the effect on long-term financial market stability,” he added.