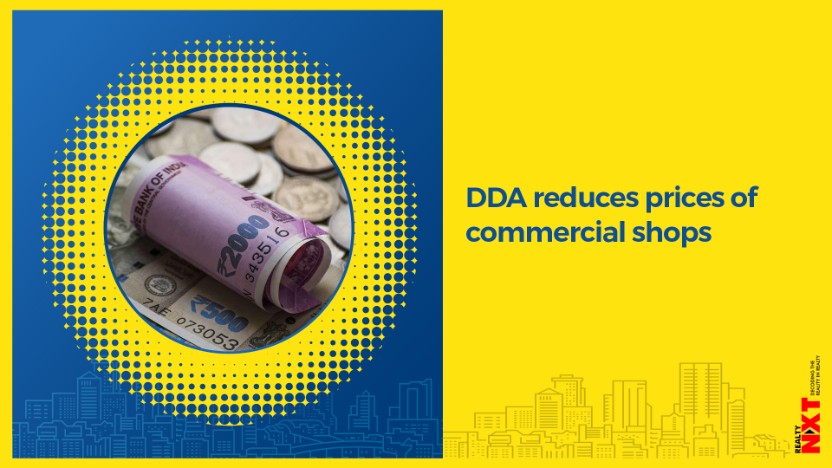 The Delhi Development Authority (DDA) has reduced the prices of commercial shops at prime locations across the national capital.

In an official statement issued on Wednesday, Delhi’s landowning agency DDA said, “The authority has reviewed the method of pricing of built-up shops and approved significant changes in the pricing policy which aim to keep the prices fair and competitive.”

According to the DDA’s existing policy, the cost of construction was enhanced every year by 10 per cent with respect to the year of construction while fixing the reserve price whereas generally structures are depreciated as they age.

DDA said the new policy accounts for depreciation which represents how much of an asset’s value has been used up. The decision among many more developments has come during DDA’s meeting chaired by Delhi Lt. Governor Anil Baijal on Tuesday. DDA said, “It has come considering the general economic scenario, multiplication factor for the land has also been reduced.”

“Under the new policy, the reserve price of these built-up units is reduced by about 30% to 55%. This presents an excellent opportunity to the interested buyers as the shops are going to be offered at reduced rates,” it added.

Most of these units are unsold inventory located in already functional markets in different parts of Delhi. The built up shops with revised rates will be part of the e auction scheduled in August 2021.