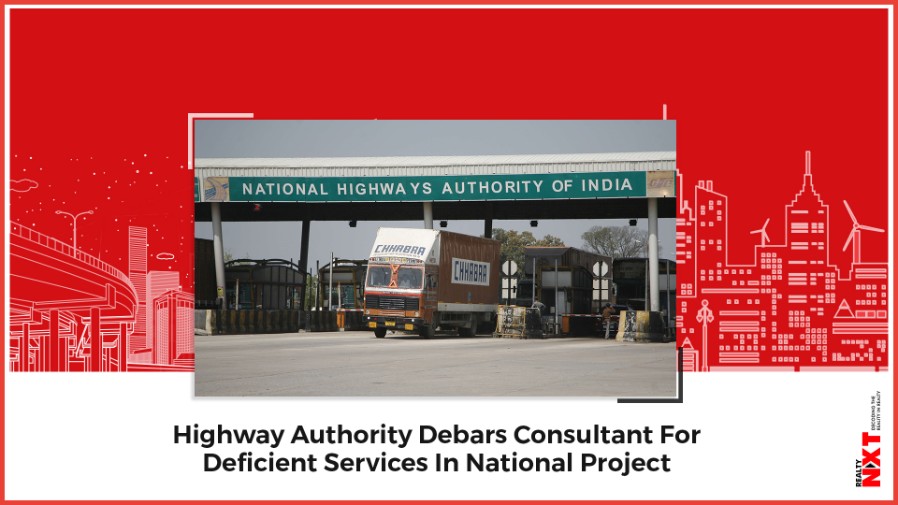 The NHAI relies on consultants for maintaining quality and supervision of the projects, and they are expected to perform with high standards and ethics.

In order to deal with the lapses in development of National Highways, the NHAI is acting tough on defaulters and taking strict action against them.

The authority has debarred Lion Engineering Consultants, in association with Synergy Engineering Group Pvt Ltd, from engagement in future NHAI projects for a period of six months, a statement said.

The firm was engaged for consultancy services of authority engineer for supervision of 4-laning of Barhi-Hazaribagh section in Jharkhand and failed to perform their assigned duties while delivering services for the project as well as executing the provisions made in the contract agreement.

A show cause notice was issued to the firm on account of deficiencies in consultancy services, but the reply given by the consultant explaining the deficiencies were found to be unsatisfactory.

The NHAI found lapses in quality control of the project and deficiency in carrying out monthly inspection. The consultants allegedly also hid information from the NHAI in regard to faulty/inadequate pavement design, resulting in inadequate pavement thickness.

The NHAI relies on consultants for maintaining quality and supervision of the projects, and they are expected to perform with high standards and ethics.

The NHAI has warned all the consultants to perform duties strictly as per the TOR to ensure good quality of work otherwise strict action will be taken against all deficient consultants.

Earlier, Theme Engineering Services Pvt Ltd was also debarred by the NHAI for a period of six months for poor quality work and the action was upheld by the High Court also.

The NHAI has launched quality checking drive where all the projects are being checked by special teams of experts being sent from the headquarters. These expert teams are also checking the performance of consultants who are supposed to monitor the construction quality.

In its endeavor to maintain high quality standards in highway development, the NHAI said it is taking all necessary steps to ensure adherence to the standards during construction and maintenance of the projects.