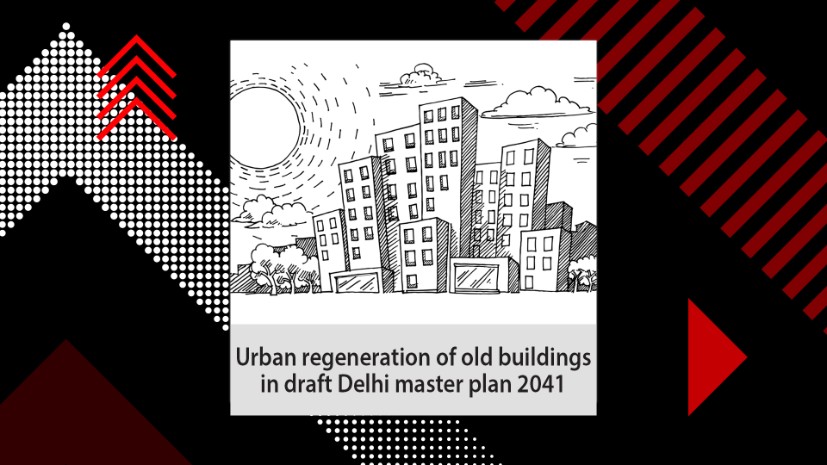 Urban regeneration of modern buildings constructed over five decades ago or earlier are envisioned in the draft Master Plan of Delhi 2041, aiming to renew the ageing structures and improve the quality of life of the people of these areas.

The draft MPD 2041 has been made available on the website of the Delhi Development Authority(DDA) and public suggestions and objections have been invited, a senior DDA official said on Wednesday.

“A large number of areas in Delhi were developed between 1940-1970, resulting in an old built stock. Many of these areas are in a dilapidated state, in need of regeneration and can be utilised more optimally. These areas have different characteristics, needs, potentials and constraints, highlighting the requirement for a nuanced strategy for regeneration across the city,” the draft said.

The strategy is to use regeneration as a planning and design tool for renewing the ageing and unsafe building stock and improving the quality of life of the people living and working in these areas, it added.

“It will also facilitate provision of physical and social infrastructure, revitalisation of historically and culturally significant areas, enhancement of the public realm and strategic development in select areas by unlocking their latent potential,” the draft said.

The policy shall apply to all the existing developed areas, except areas under natural greens and water bodies, drains and buffers and any other areas identified for environmental protection, zone ‘O’, green development areas, land-pooling areas, TOD (transit-oriented development) nodes and monuments, prohibited areas and notified heritage sites or plots, among others.

Regulations for regeneration shall be prepared and notified within six months of the notification of the plan, it added.

The land-pooling policy is based on public-private partnership towards pro-actively increasing economic opportunities and housing supply in a time-bound manner, and harnessing private potential through the pooling of land parcels.

Under the policy, agencies will develop infrastructure like roads, schools, hospitals, community centres and stadia on the pooled land and return a portion of the plot to farmers, who can later execute housing projects with the help of private builders.

The land-pooling policy was notified by the DDA in September 2018.