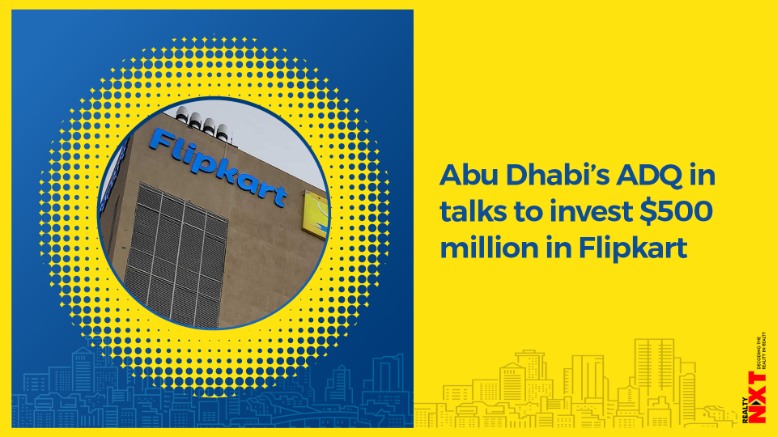 Flipkart is seeking to raise at least $3 billion and could decide to increase the amount to as much as $3.75 billion, as investors have shown significant interest

Abu Dhabi sovereign fund ADQ is in talks to invest about $500 million in India’s Flipkart, according to people familiar with the matter, as the Walmart-backed e-commerce firm raises funds ahead of a potential initial public offering next year.

The oil-rich emirate’s newest state investment company is discussing an injection of funds that would value Flipkart between $35 billion and $40 billion, the people said, asking not to be identified as the information is private. The fundraising would come ahead of a planned IPO that could take place as soon as 2022, they said.

Flipkart is seeking to raise at least $3 billion and could decide to increase the amount to as much as $3.75 billion, as investors have shown significant interest, the people said.

Considerations are ongoing and the talks could fall apart, the people said. Representatives for Flipkart didn’t immediately respond to a request for comment made outside business hours in India. An ADQ representative was not immediately available to comment.

Flipkart is seeking to raise at least $3 billion from a group of investors including SoftBank Group, Singapore’s GIC and Canada Pension Plan Investment Board reported June 7 citing people familiar with the matter. The group also includes the Abu Dhabi Investment Authority, one of the emirate’s largest sovereign wealth funds, the people said at the time.

ADQ, formerly known as Abu Dhabi Development Holding Co., has been one of the most active investors in the Middle East since its inception in 2018. It oversees about $110 billion in assets, according to a report from Global SWF. That would make it the third largest of Abu Dhabi’s state investors, after ADIA with roughly $700 billion and Mubadala Investment Co. with about $230 billion.

The upstart firm has become a prolific dealmaker. In November 2020, ADQ agreed to buy a 45% stake in agricultural trader Louis Dreyfus Company BV, with a minimum of $800 million in proceeds from the sale to be invested in the firm. Bausch Health Cos. agreed to sell Egyptian drugmaker Amoun Pharmaceutical Co. to ADQ in March for $740 million, the Canadian firm said.