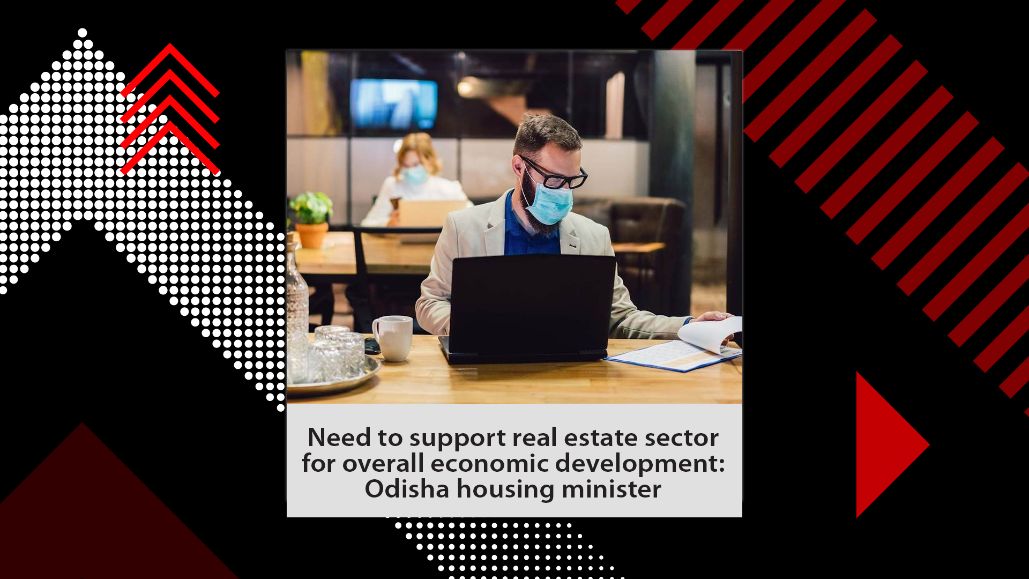 The government would allocate Rs 300 crore to urban local bodies to provide employment opportunities under various schemes like MUKTA and MGNRES, Jena highlighted.

Addressing the virtual roundtable on COVID-19 ‘Impact on Urban Development, Real Estate & Smart Cities and Way Forward,’ organized by FICCI, Mr Jena said that unemployment is yet another major problem during these unprecedented times. “We have taken multiple flexible steps to boost the real estate sector and I urge the industry to submit any suggestions or proposals to my department through FICCI,” he added.

Mr Jena further stated that the pandemic has severely affected the economy of the state and the country as well. “State Government is aware of the problems faced by various real estate and urban development. The workforces and daily wage earners engaged in the sector have been impacted due to prolonged lockdown in the state,” he added.

The state government, he said has also announced COVID relief package worth Rs 1690 crore for the poor and weaker sections. The government would allocate Rs 300 crore to urban local bodies to provide employment opportunities under various schemes like MUKTA and MGNRES, he highlighted.

Speaking on the oxygen supply, Mr Jena said that the state government has already set up 15 oxygen plants in the state. Odisha is also supplying oxygen to other states of Odisha and saving millions of lives, he noted.

Speaking on the smart city project, Mr Singh stated that the role of 5G will be critical in developing a good and liveable smart city. He further stated that the state government is eager to kick-start the economy soon. “The state government is focusing on inclusive growth and has set a target of building 50,000 affordable houses by 2024 out of which 14,000 houses have already been sanctioned. We have identified the plots for the balance as well,” he added.

The government, he said has taken a number of steps to improve the ease of doing business in the state. He added that digitization is an important step in government system and for the real estate sector to grow, inclusive growth is imperative.

(The story has been published from without modifications to the text. Only the heading has been changed)