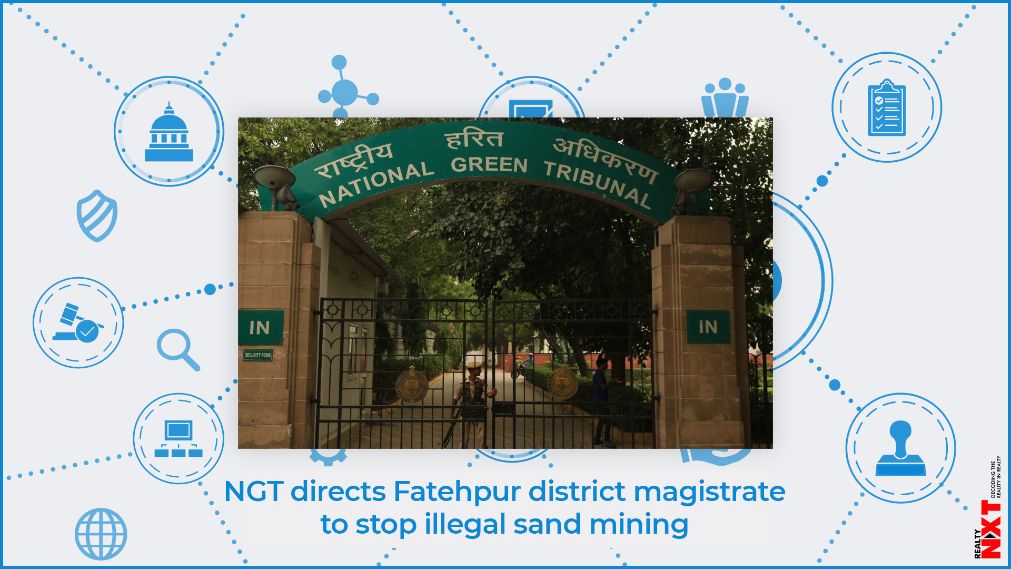 The NGT had earlier constituted a committee comprising officials from the Central Pollution Control Board, state PCB and the Fatehpur district magistrate to assess compensation within three months.

The National Green Tribunal has directed the district magistrate of Fatehpur in Uttar Pradesh to stop illegal sand mining in the district and take action against the violators.

A bench headed by NGT Chairperson Justice Adarsh Kumar Goel noted that illegal mining is still being carried out by using heavy machines in violations of Sustainable Sand Mining Management Guidelines, 2016 and UP Mining Rules, 1963.

CCTV cameras are not installed properly to capture the illegal mining, the tribunal noted.

“In view of the above, we direct the district magistrate, Fatehpur to take necessary remedial action, following with due process of law. It may be ensured that the mining is as per sustainable sand mining guidelines, including replenishment study,” the bench said.

“Compensation needs to be recovered for the violations, following due process. Needless to say that if violations are found to be continuing, we may have no option except to require the district magistrate Fatehpur to appear in person and explain why Rule of Law is not being enforced,” it said.

The tribunal was hearing a plea filed by UP resident Vikas Pandey seeking execution of NGT’s order directing the Fatehpur district magistrate to look into the grievance against illegal sand mining in the district and take remedial action.

The NGT had earlier constituted a committee comprising officials from the Central Pollution Control Board, state PCB and the Fatehpur district magistrate to assess compensation within three months.

“The committee may also recommend further remedial action to prevent violations of the EC conditions. On such recommendations, the district magistrate, Fatehpur and the state PCB may take further appropriate action, following due process of law,” the tribunal had said.