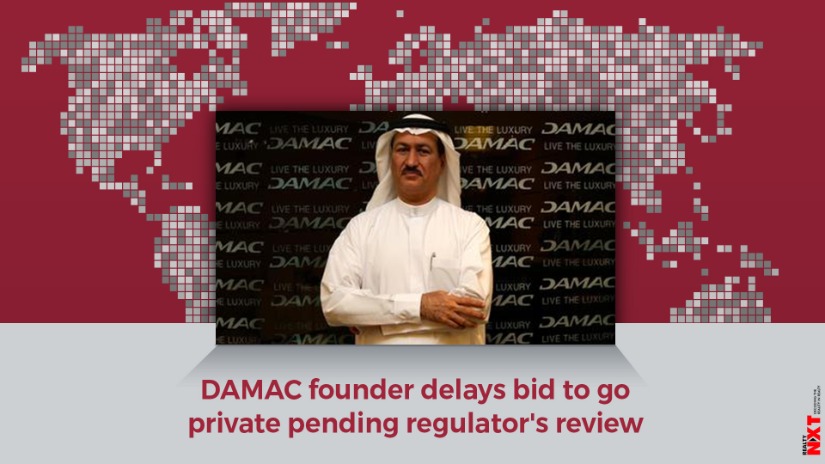 DAMAC shares rose by more than 1% in early trade to 1.3 dirhams, at par with Maple’s offer, before slipping back in midday trade at 1.28 dirhams.

The founder of DAMAC Properties has postponed efforts to take the firm private after the securities regulator of the United Arab Emirates launched a review of the transaction, the company said on Tuesday.

Maple Invest Co, the vehicle backed by founder Hussain Sajwani, said in a letter that acquisition procedures would be postponed until the UAE’s Securities and Commodities Authority concluded the review.

An SCA representative told Reuters the authority was “inquiring into some facts and circumstances” of the buyout offer, without elaborating on what exactly it was looking into.

Sajwani made a $595 million offer this month to buy out minority shareholders in DAMAC Properties, which he has run for nearly two decades.

DAMAC shares rose by more than 1% in early trade to 1.3 dirhams, at par with Maple’s offer, before slipping back in midday trade at 1.28 dirhams.

“There is hope that the regulatory review may lead ultimately to a more generous offer to buy out minority shareholders,” said Hasnain Malik, head of equity strategy at Tellimer.

The offer came amid years of downturn in Dubai’s property market, exacerbated by the economic hit from the pandemic.

Analysts saw the plan as a blow to Dubai’s stock market, hit by a spate of delistings of major companies and an absence of new listings.

Sajwani, who resigned as chairman and board member at the time of the offer, directly and indirectly owns 72.215% of DAMAC, regulatory filings show.