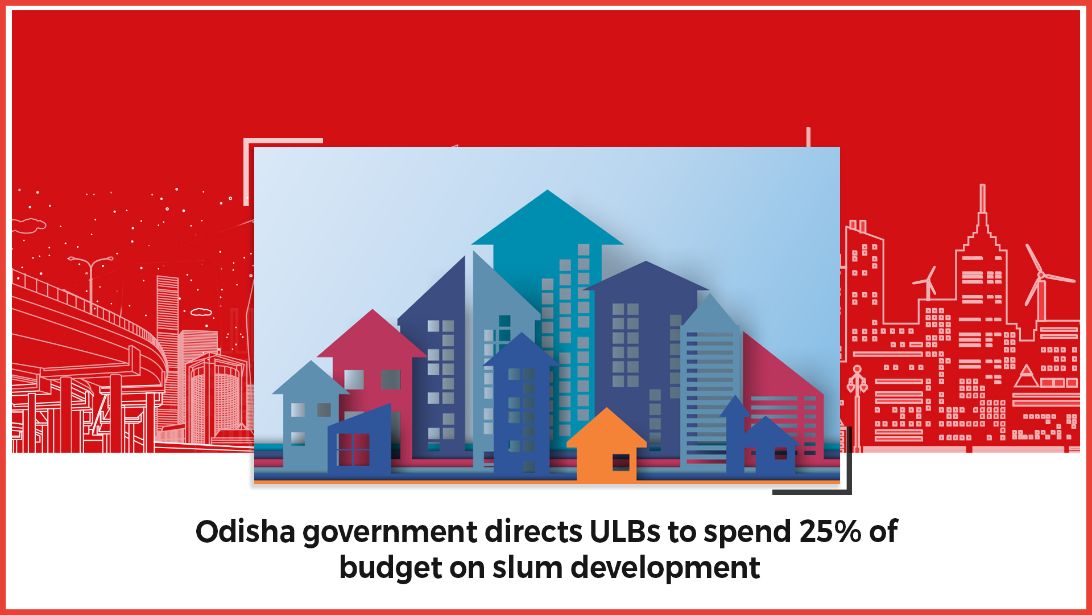 An estimated Rs 2,895 crore (excluding salaries and establishment) has been allocated to all 114 ULBs for two financial years

The Odisha government on Thursday directed all urban local bodies (ULBs) to spend 25 percent of their budgetary allocation on the development of slum areas.

Director Municipal Administration (DMA) Sangramjit Nayak in a letter to the authorities of all 114 ULBs stated, “The Government has made an amendment in the Odisha Municipal Act, 1950 and Odisha Municipal Corporation Act 2003, which made it mandatory for all ULBs to spend the sum of 25 percent of the amount under capital expenditure relating to development work of annual budget for providing basic service and infrastructure to slums.”

Nayak asked all ULBs to take the amendment into account while preparing their annual budget and said it is mandatory to spend 25 percent of the budget in the slum areas to provide basic services and infrastructure along with other ongoing schemes.

According to the data available with Housing and Urban Development Department, an estimated Rs 2,895 crore (excluding Salaries and Establishment) has been allocated to all 114 ULBs for two financial years i.e. 2020-21 and 2021-22 of which 723.75 crores to be spent for the development of slums (Urban Poor).