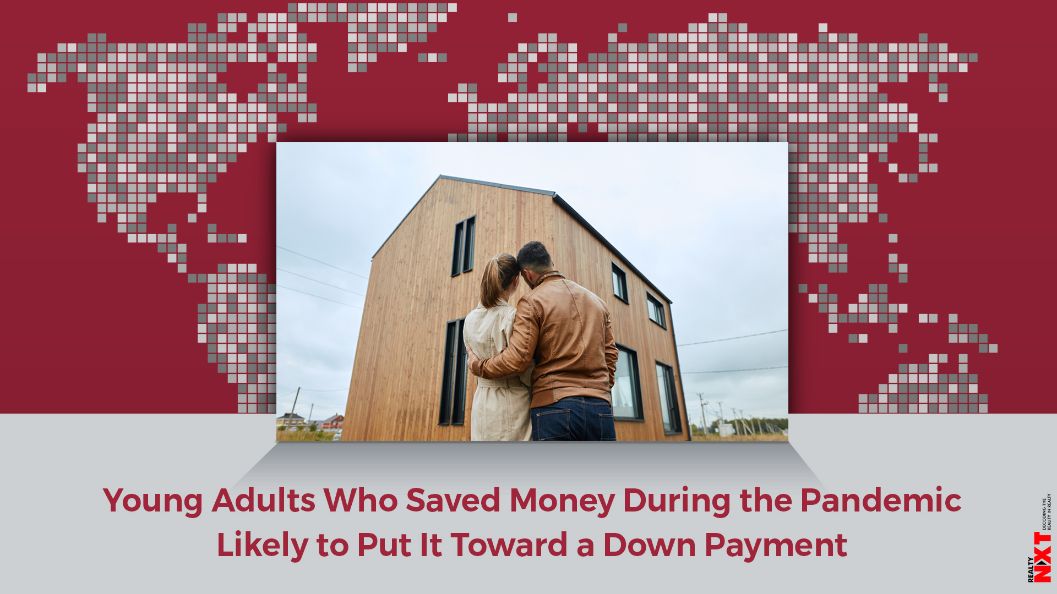 A new Zillow survey examining the housing preferences of and down payment on millennials and Gen Zers finds that about three in five plan to use money saved during the pandemic to put toward a down payment on a home, showing that even in an unprecedented global pandemic, homeownership still appears to be a priority and aspiration among members of what is sometimes called the  “rent forever generation.”

Many young adults were not fortunate enough to have worked in industries that weathered the pandemic economy, and almost 3 million have moved back home since spring 2020.

Those who remained employed were able to save money they would have otherwise spent on things like shopping, vacationing and child care costs. Of the more than 1,200 young adults surveyed by Zillow, 83% reported saving money in at least one spending category during the pandemic. When asked about what they plan to do with the extra cash saved up during that time, the majority (64%) plans to use it for everyday living expenses, followed by 59% of those surveyed saying they plan to use their savings for a down payment on a home.

“Young people, particularly women and BIPOC, were disproportionately impacted by the pandemic and more likely to suffer from job loss and housing insecurity,” says Zillow population scientist Manny Garcia. “But during this difficult time, many young people say they saved on transportation, shopping, dining out and child care. Some who remained employed and saved enough for a down payment were able to join in on the hot pandemic housing market.”

Millennials are the largest generational group of homebuyers and thus have an outsize impact on the market as a whole. As more millennials age into their peak homebuying years, with Gen Z not far behind, Zillow’s survey of young adults and potential first-time homebuyers asked what they value in their home-shopping decisions, including where they want to live, what they are looking for in a home and who or what influences them most when it comes to choosing their first home.

Who and What Influences Millennials’ and Gen Zers’ Housing Choices?

Regarding their preferred home location, about 44% of young adults said they either somewhat or completely preferred a home in a remote area, while one-third (36%) said the same about a home in a big city. One in five (20%) said they had no preference. And despite the recent rise in opportunities for millions of Americans to permanently work from home, most of the young adults surveyed still consider living close to work (61%) and having a short commute to work (63%) either very or extremely important when considering where to purchase a home.

“Record low mortgage rates were the primary driver of our homebuying decision. My spouse and I knew we might not see rates this low again in our lifetime, and it allowed us to afford a larger home without stretching our budget,” said Haley Mills, Zillow communications coordinator and recent millennial homebuyer. “We moved quickly out of fear of missing out on a great home and overlooked details like the number of bedrooms, interior paint color and unkempt landscaping. However, those are the projects we’re excited to do together to make the house our own, with the help of influencers and friends to give us all the best design trends and DIY tricks.”

Among millennials and Gen Zers who already own a home or have tried to buy one, most reported that the opinion of a significant other (60%) or parent (54%) influenced them not to buy a particular home. A smaller number of those surveyed (38%) said the same about a friend’s opinion.

Zillow research forecasts that there will be 6.4 million more households formed by 2025 as a result of a huge wave of millennials now hitting their mid- to late 30s, aging into their homebuying years. About a third (32%) of Gen Zers and millennials reported that at least some of their friends have already purchased a home.

“Millennial and Gen Z home consumers will not only drive housing demand for years to come,” says Zillow Home Trends Expert Amanda Pendleton, “these tech-savvy generations that grew up with the Internet are changing the way we buy and sell homes, demanding new real estate technology that makes the process faster and easier, and makes moving a digital-first experience.”