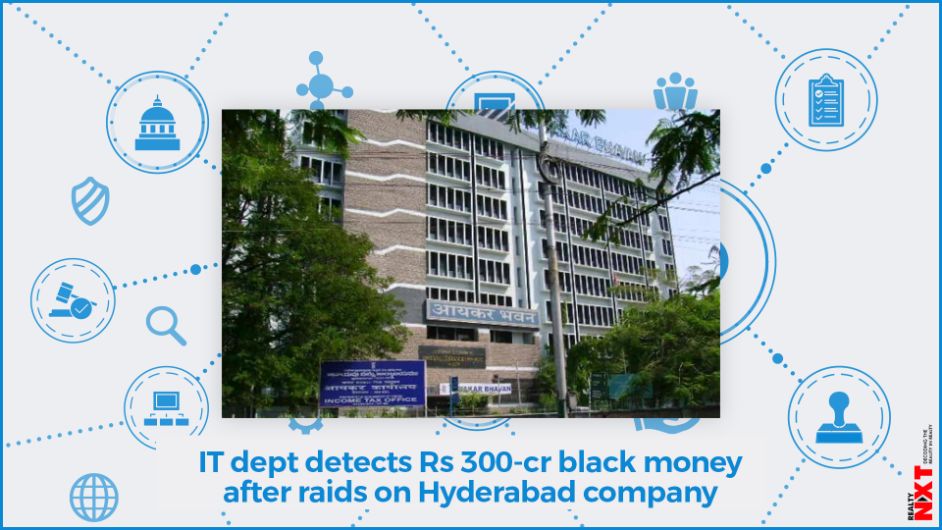 The Income Tax Department detected an unaccounted income of ₹ 300 crore after it raided a Hyderabad-based company, engaged in real estate and waste management, among other businesses, the Central Board of Direct Taxes said on Friday. The searches were carried out on July 6.

“As a result of the search and seizure operation, and on the basis of various incriminating documents found, the entities and associates have admitted to having unaccounted income of ₹ 300 crore and have also agreed to pay due taxes,” a statement issued by the board said.

The Central Board of Direct Taxes (CBDT) frames policy for the tax department.

Describing the charges of alleged tax evasion against the entity, the CBDT said, “it was found that the group had sold majority stake, to a non-resident entity based in Singapore, in one of its group concerns during financial year 2018-19 and had earned huge capital gains.”

“The group subsequently devised various colourable schemes by means of entering into a series of share purchase, sale, non-arm’s length valued subscription and subsequent bonus issuance, etc. with related parties, creating a loss which was set off against the capital gains earned,” it alleged.

The CBDT claimed that incriminating evidence and documents have been recovered during the raids, which indicate that the loss was “artificially created” to set off the respective capital gains.

“The search operation led to detection of artificial loss of approximately ₹ 1,200 crore, which is to be taxed in the hands of the respective assessees,” the statement said.

It was found that the assessee had incorrectly claimed bad debts to the tune of ₹ 288 crore on account of related party transactions, which was set off against the aforementioned profits earned, the CBDT added.

“Unaccounted cash transactions with the associates of the group have also been detected during the search, and the quantum and modus of the same is under examination,” it said.