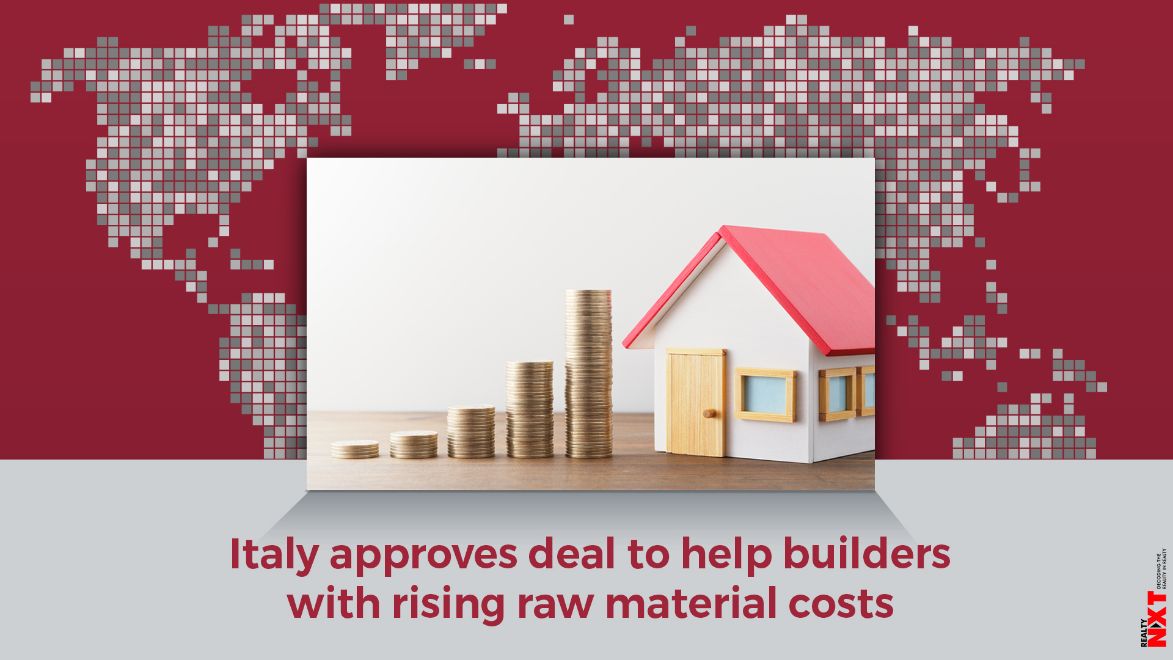 Italy’s measure applies to public tenders and the compensation must be primarily funded by contingency money the central and local authorities have set aside for the tenders.

Strong growth as the global economy recovers from the COVID-19 pandemic has caused supply bottlenecks for some construction materials and raised broader concerns of inflation.

The budget committee of the lower house of parliament approved the scheme on Thursday as an amendment to a broader decree, a document summarising parliamentary works showed.

The Italian Chamber of Deputies is expected to approve the government decree with the proposed changes next week. The legislation also has to be passed in Italy’s upper house, the Senate, before the end of the month.

Under the scheme, companies would be eligible for compensation if prices of the most significant construction materials rose by more than 8% in the first half of this year.

But they also face having to refund the public administration if prices fall by more than 8%.

In China, the world’s top steel producer, steel prices hit a record high in mid-May, spurred by demand at home and abroad as well as speculative buying.

Italy’s measure applies to public tenders and the compensation must be primarily funded by contingency money the central and local authorities have set aside for the tenders.

However, the Italian parliament authorised the government to spend up to 100 million euros to offset compensation costs, should already budgeted resources prove insufficient.