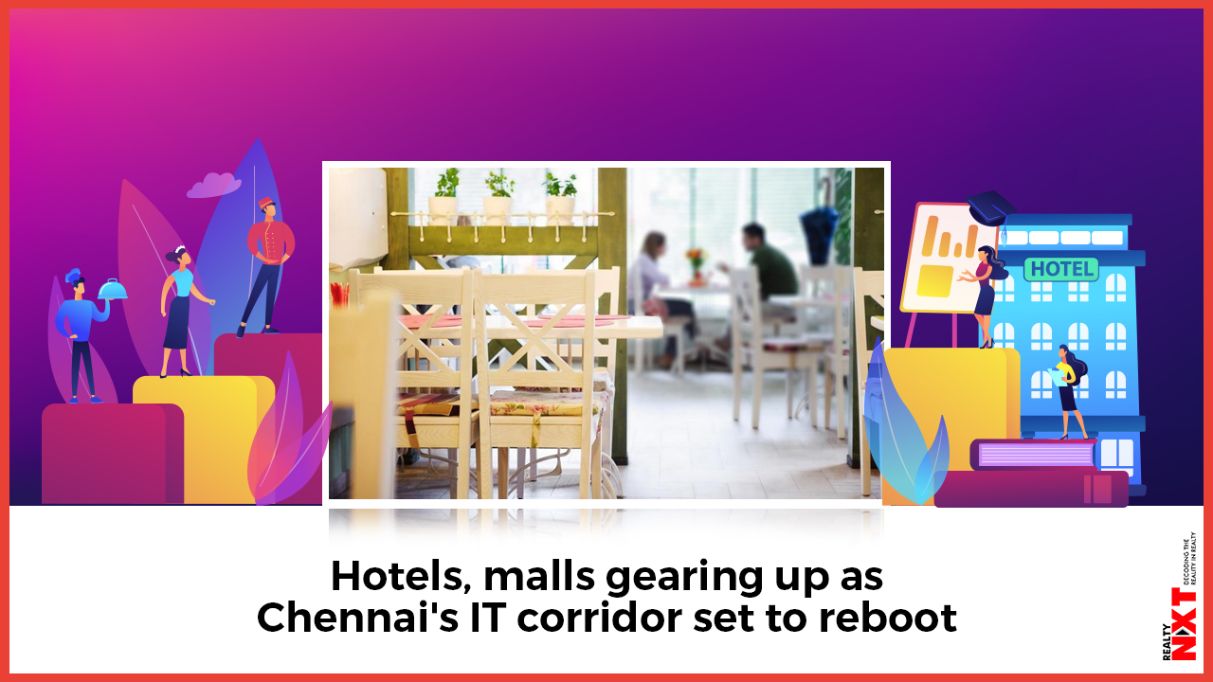 With most of the IT firms conducting vaccine drives and private firms taking steps to inoculate the employees, opening of IT firms would give a fillip to the dormant areas of OMR after the lockdown.

With the IT firms calling upon their employees to report for duty at offices, the restaurants, malls and paying guest accommodations are gearing up for the expected business.

In the Old Mahabalipuram Road (OMR), the hub of IT industry of Chennai, several restaurants are expecting a good footfall as IT firms are slowly opening their premises. The increase in vehicular traffic through the OMR stretch has also caught up and according to transport officials, the traffic increase is due to the opening-up of firms and other business establishments on the stretch.

Restaurants and Paying guest accommodations are also preparing themselves for the opening of the IT firms as these two categories will be in high demand on the stretch.

Murugan Pandyan who runs a paying guest accommodation near the OMR stretch said that he has already conducted three-four rounds of cleaning of his premises and has prepared for the IT employees to return.

Murugan said, “Most of the IT employees have informed us that their offices would start functioning in a couple of weeks and some have already commenced operations. Our old customers are coming back and we have already given a few rooms on rent and people have come in. Most prefer non-ac rooms as there are apprehensions over living in air-conditioned rooms. Also, we have reduced the number of people in a room from four to two and most are converted as single rooms.”

The restaurants on the stretch at Old Mahabalipuram Road are also preparing for the reopening of IT firms as most of them were shut down following the closing of IT firms.

Kuruvila John, an employee of an IT firm and hailing from Pathanamthitta in Kerala told , “I have already reached my office and in a few days we will be fully functional. The first thing I was searching was the restaurants as I need good non-vegetarian food and luckily most of our old joints are reopening and I think things will be normal in a few weeks from now.”

With most of the IT firms conducting vaccine drives and private firms taking steps to inoculate the employees, opening of IT firms would give a fillip to the dormant areas of OMR after the lockdown.

KT Srinivasa Raja, Honorary President of Chennai Hoteliers Association and Managing Director of restaurant chain, Adyar Ananda Bhavan told IANS, “Our restaurants are open and several people, mostly IT employees have dined at our premises but still the footfalls are much less than what the earlier business was.”

He however was optimistic that with the IT firms opening again and the employees coming back to work, business would soar and that profit margin would increase in the days to come.

Several malls are also opening their outlets and Niranjan Kumar, who is the manager of a shop in a mall in OMR, said that people are coming and only genuine buyers are reaching the malls after the Covid-19 pandemic. He said, “Earlier, a majority of visitors came for just window shopping but now only genuine buyers are reaching the malls and this is a welcome trend. We expect the rush to increase in the days to come.”