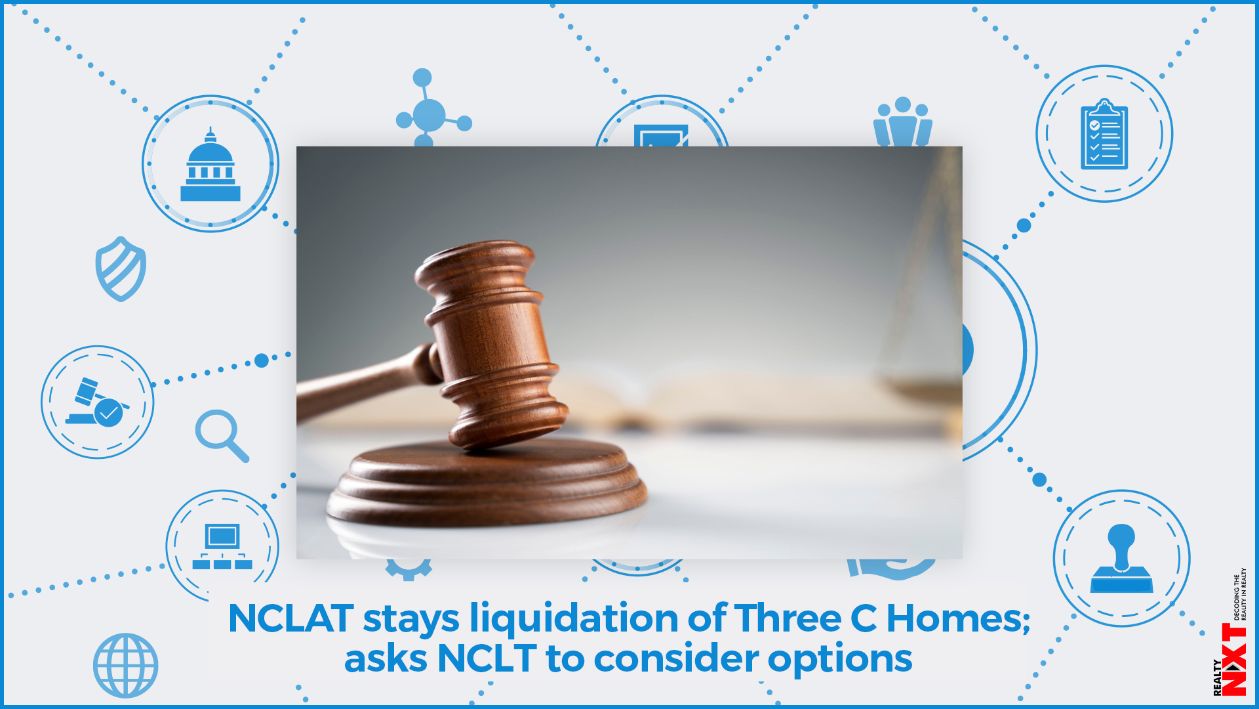 The resolution plan had been approved with 62.9 per cent voting share.

The National Company Law Appellate Tribunal (NCLAT) has set aside NCLT’s direction to liquidate Three C Homes and ordered that other options be considered for resolution of the debt-ridden realty firm.

While remanding back the matter to NCLT, the appellate tribunal said liquidation should be the last resort for insolvency resolution process of any residential project and asked NCLT to review its direction.

On February 8, 2021, the New Delhi bench of the National Company Law Tribunal (NCLT) had rejected the resolution plan of Ace Infracity Developers for Three C Homes and directed its resolution professional (RP) Gaurav Katiyar to initiate the liquidation process by filing an application before it.

NCLAT said though a resolution plan will generally provide a higher value than liquidation value, in case of real estate projects it may not be always feasible.

The homebuyers are in dire need of their homes, it added.

“Liquidation is the last resort and this programme of homebuyers needs some calibration and proper evaluation,” said NCLAT.

The appellate tribunal said that in this case certain reconciliations are required like what is the actual realisable value that the homebuyers are getting and whether it is below liquidation value or above that.

It also observed that there is a need for impleading Yamuna Expressway Industrial Development Authority (YEIDA) to ascertain the status of the dispute with farmers and its consequential impact, if any, on this project.

“We are remanding back the matter to the Adjudicating Authority and setting aside their liquidation order with a direction to review the programme in full along with the relevant provisions of the Code and Regulations,” said NCLAT.

The two-member NCLAT bench comprising Justice Jarat Kumar Jain and Ashok Kumar Mishra also said NCLT is free to pass appropriate order as they think fit and proper in accordance with the law.

NCLT had observed that the liquidation value of Three C Homes was Rs 480.70 crore, while the resolution plan of Ace Infracity Developers involves infusion of only Rs 95 crore by the bidder and that too over a period of two years.

It “does not have any potential” to fulfil the dreams of homebuyers which is at just 19.77 per cent of the liquidation value, NCLT had said.

According to the appellants, the resolution plan had been approved with 62.9 per cent voting share.

Moreover, the resolution plan approved by the Committee of Creditors (CoC) is not in compliant with the provisions of the Insolvency and Bankruptcy Code (IBC) and the CIRP regulations, which came into force on August 7, 2020, NCLT added.

However, the petitioners contended that NCLT has not considered the impact of calculations such as Rs 211 crore, the quantum of debt due to allottees as after giving the possession of plots to allottees, Rs 50.70 crore to be paid by Resolution Applicant to ex-management and Rs 38.75 crore waived in satisfaction of interest due to the allottees.