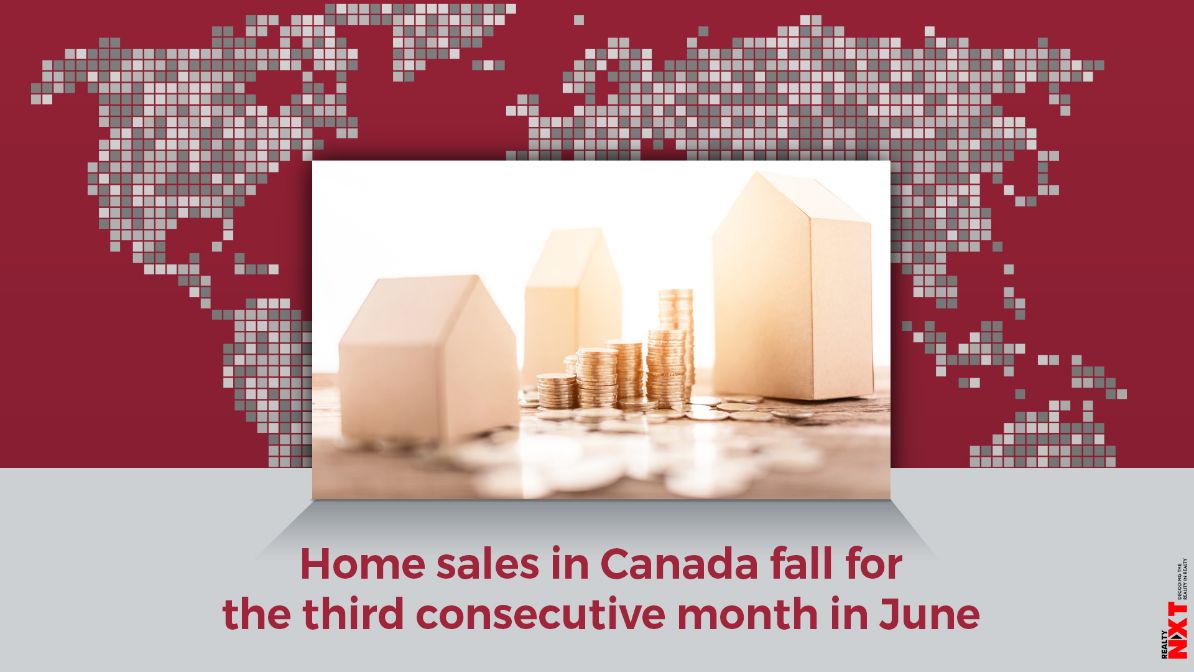 Canada’s scorching hot housing market is starting to cool, as burned-out buyers shift their focus from getting more space to getting back to normal after COVID-19, and the fear of missing out fades into a prevailing sense of “wait and see.”

Home sales in Canada fell for the third consecutive month in June and sit 25% percent below March’s peak, though they still touched a monthly record, data showed on Thursday. The average selling price fell to C$679,000 ($540,777), down 5.3% from the March apex.

“People are focusing their minds on different things. They want to go to the beach, they want to enjoy the summer, they’re just not as focused on real estate these days,” said Jeremy Cossette, an agent in Regina, Saskatchewan.

Home prices surged across Canada amid the COVID-19 pandemic as lockdowns prompted people to seek out more living space and record-low interest rates fueled a buying frenzy. At the peak, home prices were up more than 40% year-over-year on average, and desperate buyers were offering hundreds of thousands over the asking price just to get a toehold in the market.

A few months later, high vaccination rates have allowed Canadian cities to reopen. Consumer spending on restaurants, hotels and clothing jumped in June, according to the RBC COVID Consumer Spending Tracker, and travel spending is shooting up.

That shift in priorities may have would-be home buyers reconsidering how much they want to spend and even where they want to live, Bank of Canada Governor Tiff Macklem said.

“Now that we can go back to a restaurant, do you still want a bigger kitchen? We’ll see,” Macklem said on Wednesday, while explaining that the central bank is seeing signs of moderation in the market.

In Calgary, long-time agent Lowell Martens said the lull may be more about buyers sensing there is less competition and just taking some time off to “see what happens in the fall”.

While that pause has cooled things down, it does not feel like previous collapses, he said, with activity still strong in certain segments. “I think it will be a softer landing that we’ve had in the past.”

The big question is what will happen in the autumn when more people typically list their homes and inventory begins to build. Agents believe buyers will be back, particularly if COVID-19 border restrictions loosen and immigration begins ramping up.

But some would-be buyers are looking elsewhere. A recent poll by Ontario’s Real Estate Association found nearly half of residents under 45 are considering leaving that province because of the high cost of housing.