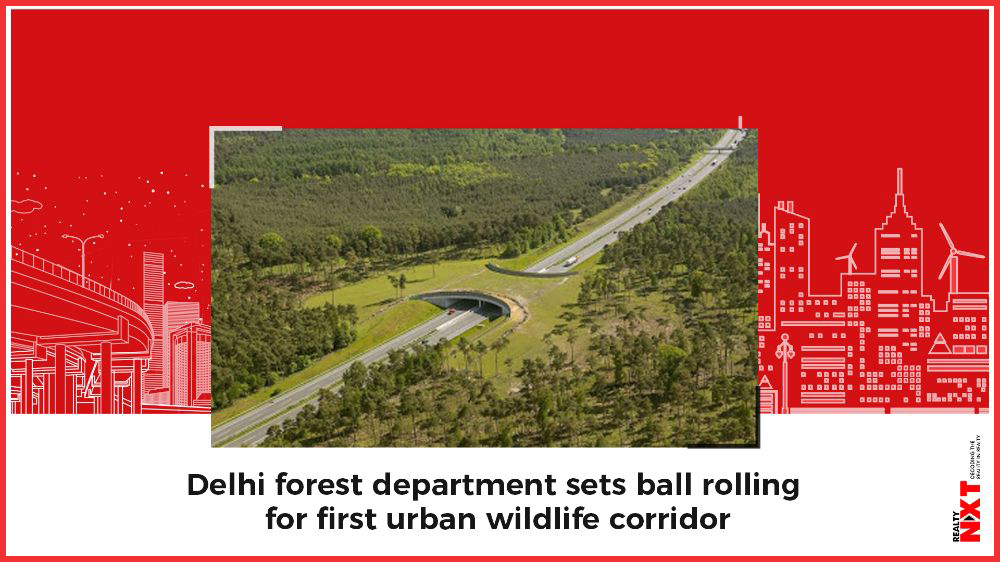 The forest department escalated the need for the wildlife corridor after a two-year-old female leopard got mowed down by a vehicle on Pali road at the Delhi-Haryana border on June 28.

The Delhi forest department officials have completed a survey and submitted a recommendation to construct a wildlife corridor on the Surajkund-Pali road close to the Asola Bhatti Wildlife Sanctuary, the first such passage in an urban setting in India.

According to Bombay Natural History Society’s Delhi head, Sohail Madan, around five leopards have died in the last five years on the roads passing through or abutting the wildlife sanctuary.

The forest department escalated the need for the wildlife corridor after a two-year-old female leopard got mowed down by a vehicle on Pali road at the Delhi-Haryana border on June 28.

Officials from the Delhi forest department took up the matter with their Haryana counterparts, who have also accorded priority to the issue.

“After the June 28 incident, we asked the Delhi Metro Rail Corporation (DMRC) to conduct a feasibility survey for constructing a safe passage for wild animals on the Pali-Surajkund road. The DMRC has suggested constructing an underpass,” a forest department official said.

“Earlier this week, we submitted a recommendation in this regard to the chief wildlife warden. The issue is being taken up on priority,” he said.

Since the small stretch of the Surajkund-Pali road where the June 28 incident took place falls in Delhi, the city government will construct the corridor and there will be no involvement of Haryana in it, the official said.

Madan said a better option for wildlife corridor would be an elevated road which will give wild animals a passage at the ground level.

The wildlife sanctuary covering 32.71 sq km area on the Southern Delhi Ridge of Aravalli hill range at Delhi-Haryana border lies in southern Delhi and northern parts of Faridabad and Gurgaon districts of Haryana.

It is part of the Northern Aravalli leopard wildlife corridor, which extends from the Sariska National Park in Rajasthan to Delhi Ridge.

There are three major roads with heavy traffic flow around the wildlife sanctuary—Surajkund-Faridabad road, Gurgaon-Faridabad road and Mehrauli-Badarpur road, according to officials.

Another road connecting Chhatarpur in South Delhi to Mangar village in Faridabad cuts through the sanctuary.

Whenever any leopard goes towards Faridabad, it uses a stretch of Gurgaon-Faridabad road and Pali road south of the wildlife sanctuary, officials said, adding that Delhi and Haryana forest departments are looking to build several wildlife corridors in that region.

The Bombay Natural History Society (BHNS) has identified three spots on Gurgaon-Faridabad road and Pali road where animals were killed while crossing the road.