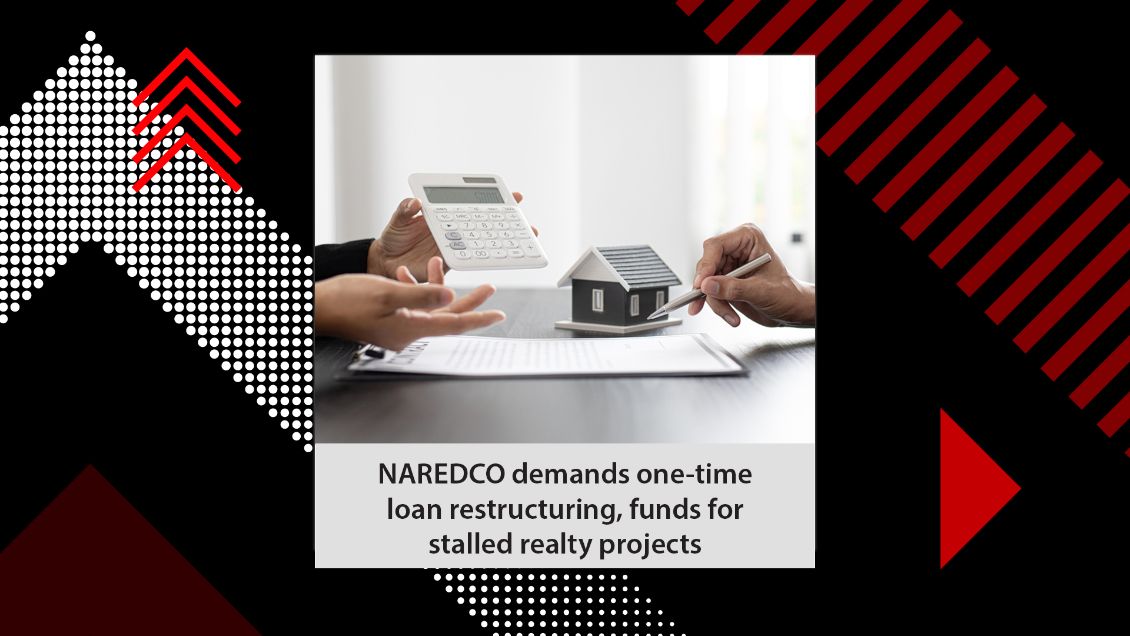 Realtors’ body NAREDCO has sought from the government one-time restructuring of loans and last-mile funding for stalled projects to save the realty sector from the liquidity crisis triggered by the pandemic. A delegation led by NAREDCO-Uttar Pradesh Chairman R K Arora met Finance Minster Nirmala Sitharaman in this regard on Thursday.

It also demanded extending suspension of some provisions of insolvency law by one more year.

NAREDCO submitted a memorandum containing various expectations of real estate sector from the government to meet the challenges caused by the pandemic and the prolonged lockdown, it said in a statement.

Arora said the delegation informed the finance minister about the grave liquidity crisis in the real estate sector because of the pandemic.

“All the real estate projects are on the brink of collapse and unless the government supports the industry, the project implementation will come to a standstill,” the statement said.

NAREDCO urged the minister to direct RBI to implement one time rollover/restructuring of project loans disbursed by banks and financial institutions.

The need of last-mile funding to complete the stalled projects was also discussed by the delegation, Arora said, adding that there are more than 4,000 projects that need such funding.

“Since the existing lenders are not releasing their charge against existing loans and not giving NOC, the developers are deprived of the benefit of the announced SWAMIH Alternative Investment Fund,” the statement said.

Naredco suggested that existing lenders should be directed to provide the last-mile funding on the lines of SWAMIH fund.

The association also informed the minister about the problems being faced by real estate sector due to proceedings being initiated against them under Sections 7, 9 and 10 of the Insolvency & Bankruptcy Code (IBC).

In March 2020, when the pandemic struck, the enforcement of these sections was suspended for a period of one year which expired in March 2021.

“Since the second Wave of COVID-19 has affected all the real estate projects in much large scale, more than the first wave, it is necessary that time extension for implementation of IBC be allowed for further one year,” Arora said.

The finance minister assured the delegation to consider these demands sympathetically, the association said.