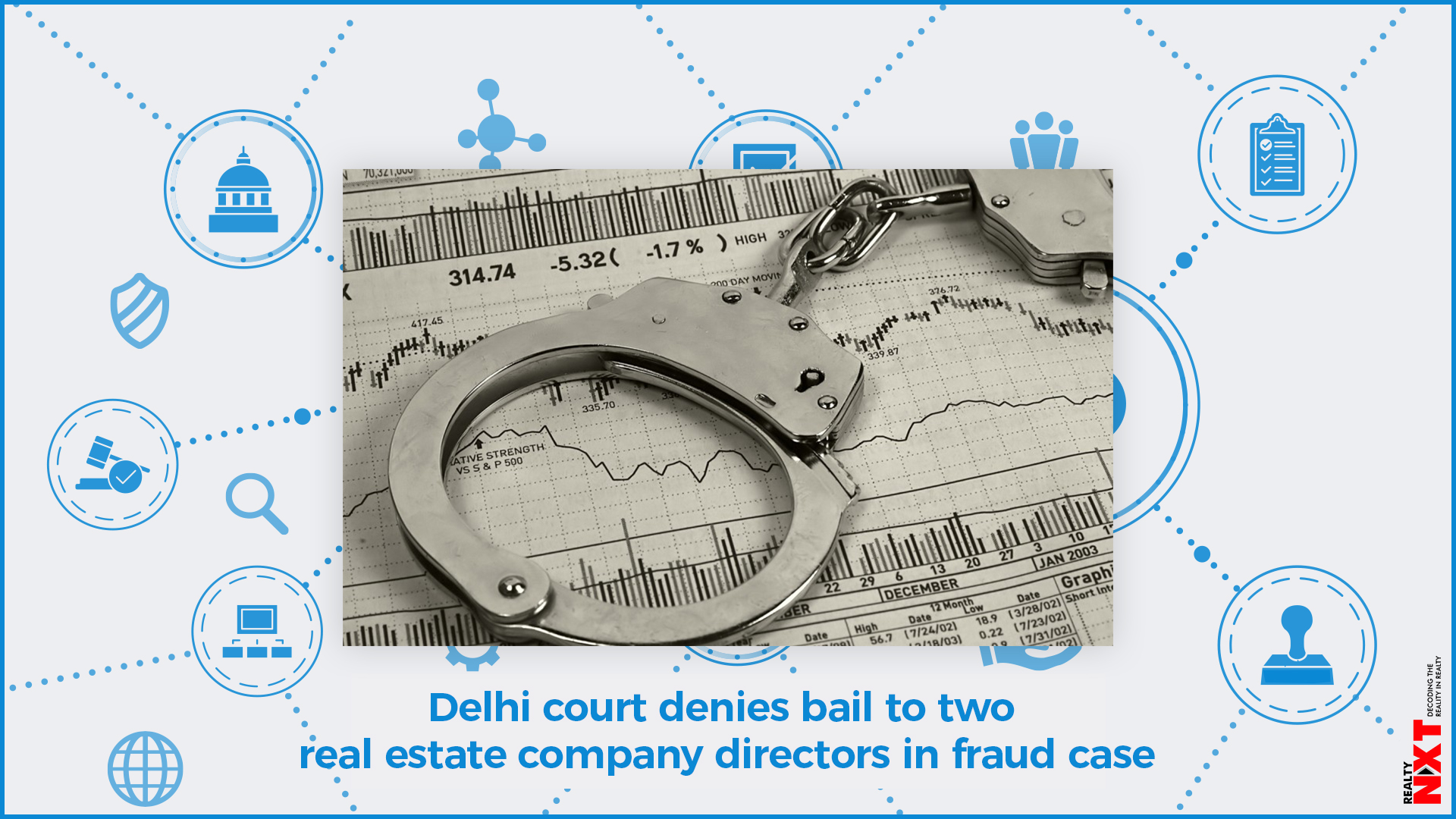 Notably, hundreds of investors had lodged a complaint against the duo for duping them of crores of rupees.

A Delhi court has denied bail to two directors of a city-based real estate company arrested for allegedly starting projects on land not belonging to the firm and selling the units without necessary approvals.

Additional Chief Metropolitan Magistrate Abhilash Malhotra said the grant of bail in such economic cases needs to be dealt with strictly so that people do not lose faith in the criminal justice system. The judge said it is prima facie clear that accused Sushant Mutreja and Nishant Mutreja’s company did not have a clear title with respect to the land in Uttar Pradesh.

“The approval from the Competent Authority, Ministry of Environment, Government of India and Central Ground Water Authority was not taken and the projects were launched illegally, the court said in an order dated July 14. The judge said the crime was committed in an organised fashion and many gullible investors were duped of their hard-earned money.

“Negligible construction was done in all the projects and no delivery took place in any of the projects. The money meant for the project was diverted illegally to the other shell companies, the judge added. Calling it a “serious economic offence”, the court said since gullible investors were duped of their hard-earned money, it does not find any ground for grant of bail to both the accused persons.

Notably, hundreds of investors had lodged a complaint against the duo for duping them of crores of rupees. The two are accused in five cases filed in 2015 and 2016, being probed by the Economic Offence Wing of the Delhi Police. According to the bail order, in the first case, around 175 investors had lodged complaints alleging cheating of around Rs 20 crore, while in the second case, 377 complaints were received and the cheated amount was more than Rs 62 crore with respect to projects in UP’s Noida.