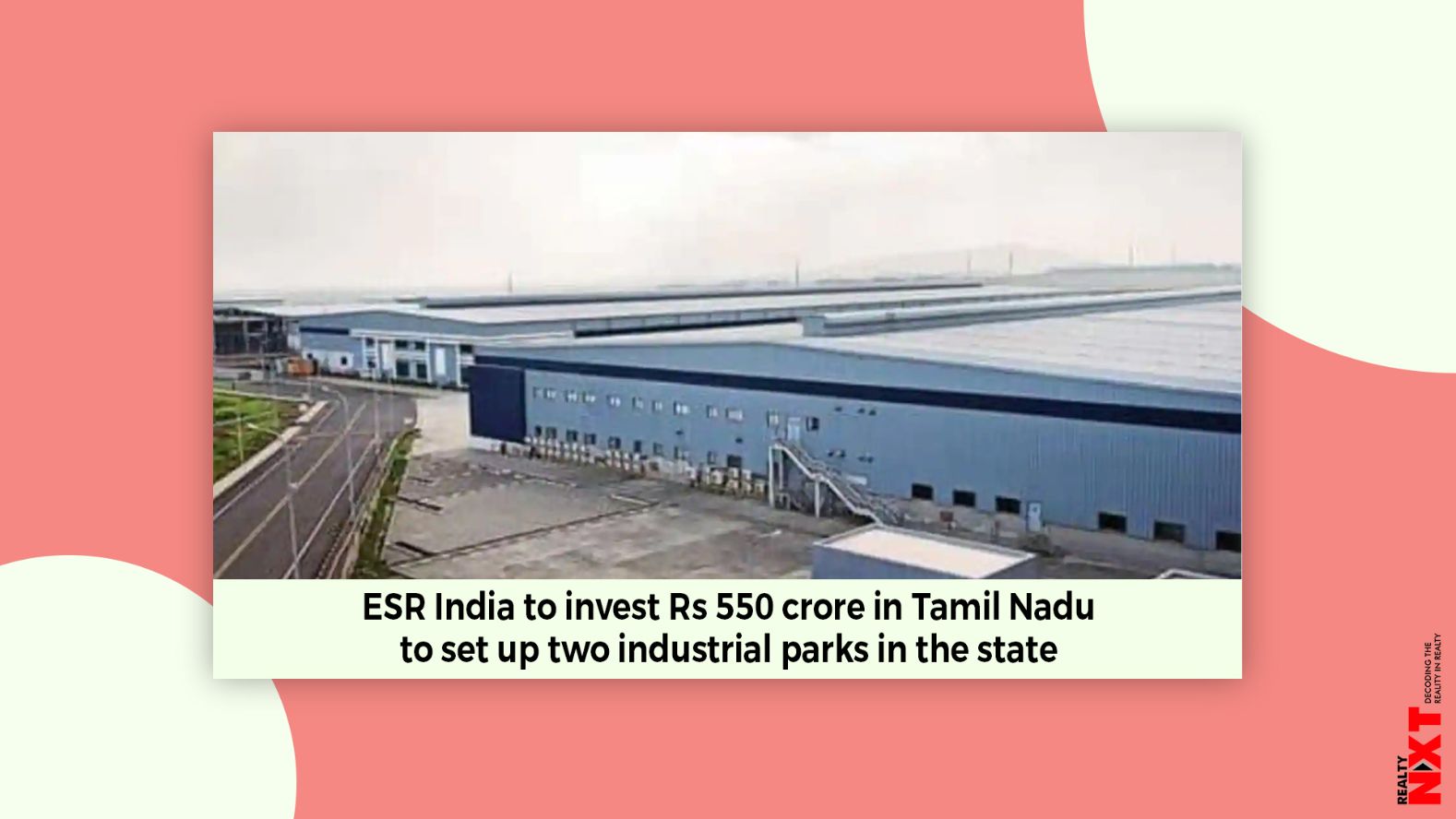 Once fully operational, the two projects have the potential to create over 4,400 jobs in the facility.

Industrial and logistics real estate platform ESR India on Wednesday said it has signed an agreement with the Tamil Nadu government to develop two industrial parks with an estimated investment of Rs 550 crore. ESR India and the Tamil Nadu government have signed a memorandum of understanding (MoU) to this effect at the Investment Conclave 2021 conference held on Wednesday.

The MoU is signed for the launch of two industrial parks in Kancheepuram and Krishnagiri districts of the state over the next five years, the company said in a statement.

Once fully operational, the two projects have the potential to create over 4,400 jobs in the facility.

ESR India said the MoU will facilitate its proposed investment at Kancheepuram and Krishnagiri industrial parks by helping in streamlining land acquisition, approvals, clearances, and administrative processes as per existing policies, rules, and regulations of the state government.

“The government of Tamil Nadu has been very supportive in encouraging industrial developments in the state by creating a favourable business climate for industrial players,” Abhijit Malkani, CEO and Country Head, ESR India said.

“The MoU will see ESR invest Rs 550 crore to develop industrial parks in Tamil Nadu, offering 1,800 direct and 2,600 indirect job opportunities in the facility,” he added.

ESR India is currently present across 9 cities and 15 locations with a total gross floor area of 18 million square feet.

ESR is the largest APAC focused logistics real estate platform by gross floor area and by value of the assets owned directly and by the funds and investment vehicles it manages, the statement said.

As of December 31, 2020, the fair value of the properties directly held by ESR and the assets under management with respect to the funds and investment vehicles managed by ESR recorded about USD 30 billion.