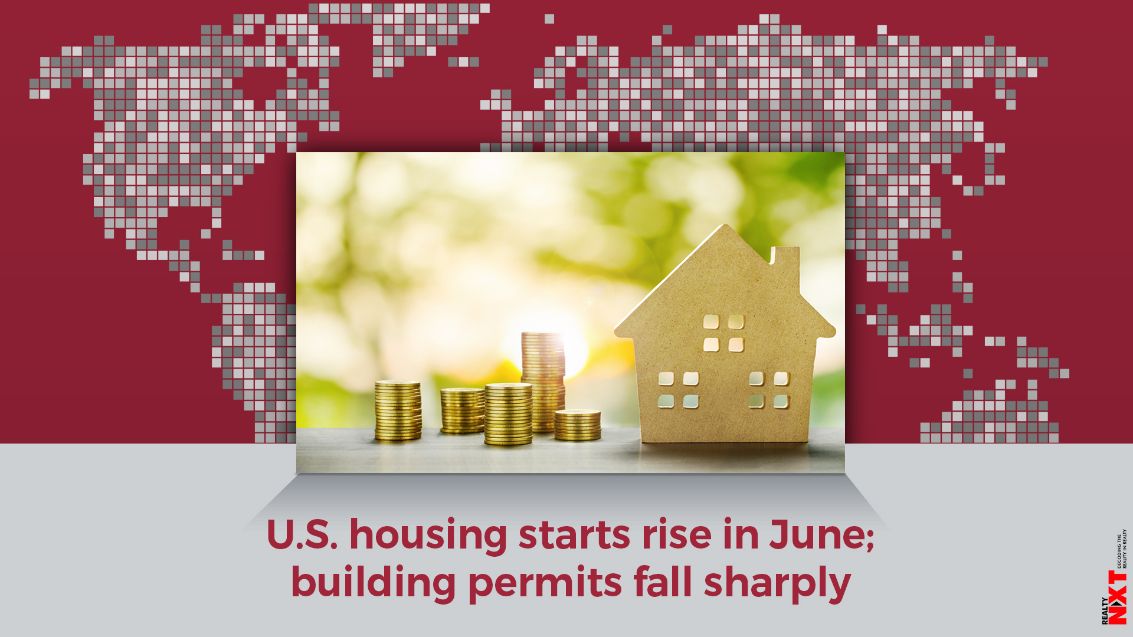 Permits for future homebuilding fell 5.1% to a rate of 1.598 million units in June.

U.S. homebuilding increased more than expected in June, though expensive lumber as well as shortages of labor and land continued to constrain builders’ ability to fully take advantage of robust demand for housing.

Housing starts rose 6.3% to a seasonally adjusted annual rate of 1.643 million units last month, the Commerce Department said on Tuesday. Data for May was revised down to a rate of 1.546 million units from the previously reported 1.572 million units.

Economists polled by Reuters had forecast starts rising to a rate of 1.590 million units. Despite last month’s increase, starts remained below March’s rate of 1.725 million units, which was the highest level since June 2006.

Permits for future homebuilding fell 5.1% to a rate of 1.598 million units in June.

Though lumber futures have dropped nearly 70% from a record high in early May, softwood lumber prices increased 125.3% year-on-year in June, according to the latest producer price data.

“While many end-users are relieved to see lumber prices cratering closer to historical norms, buyers should still expect elevated volatility in the market with wildfire season raging out West, log prices soaring in the British Columbia Interior and duties potentially set to increase on Canadian producers later this year,” said Dustin Jalbert, a senior economist at Fastmarkets.

Demand for housing is being driven by low interest rates and a migration from cities in search of spacious accommodations in the suburbs and other low density areas for home offices and schooling during the COVID-19 pandemic. But that tail wind is gradually fading as vaccinations allow companies to recall workers back to offices in city centers.

“We look for a modest rebound in home sales and new home construction in the second half of the year,” said Sam Bullard, a senior economist at Wells Fargo in Charlotte, North Carolina.

“Demand is not the problem, though affordability is problematic as home prices have soared given exceptionally lean inventory and will continue to be a headwind for the sector for the foreseeable future.”

The supply of previously owned homes is near record lows, leading to double-digit growth in the median house price.

A survey from the National Association of Home Builders on Monday showed confidence among single-family homebuilders fell to an 11 month low in July. The NAHB noted that “builders continue to grapple with elevated building material prices and supply shortages, particularly the price of oriented strand board, which has skyrocketed more than 500 percent above its January 2020 level.”

Homebuilders and a group of other stakeholders met last Friday with White House officials, including Commerce Secretary Gina Raimondo and Housing and Urban Development Secretary Marcia Fudge, to discuss strategies to address the short-term supply chain disruptions in the homebuilding sector.