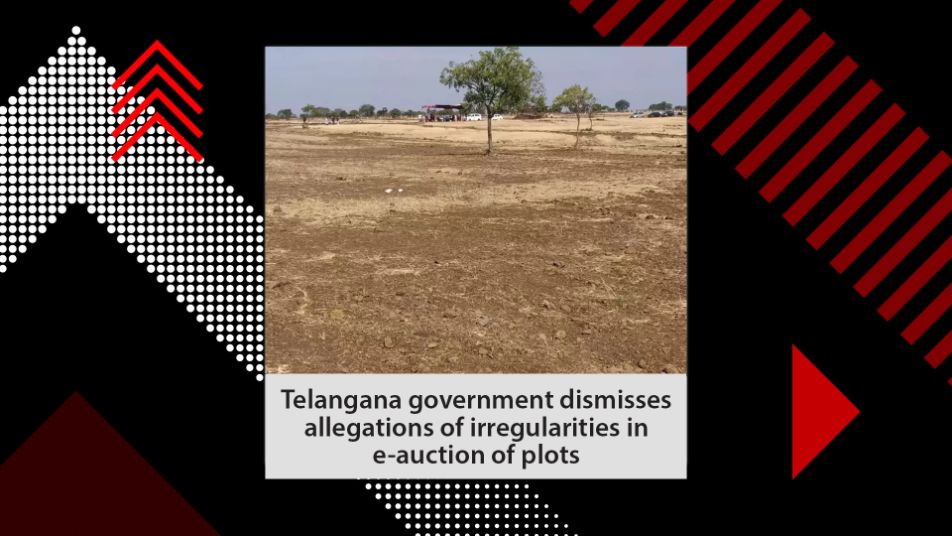 The Telangana government on Tuesday dismissed the allegations of irregularities in the recent e-auction of plots here, conducted by state agencies, and asserted that the entire process was transparent.

“All the bidders who have finally won the bid got it through this extremely transparent process of e-auction and to conclude, it is to confirm that the entire process of e-auction was conducted in the most professional and transparent manner and the state government is able to get the best possible market determined rates,” the state government said.

The auction was conducted by Hyderabad Metropolitan Development Authority(HMDA) and Telangana State Industrial Infrastructure Corporation (TSIIC) on behalf of the state government.

The allegations levelled regarding restricting the competition, less realisation of bid amount or favouring certain firms are imaginary, unfounded and not based on facts and at some level are aimed at maligning the extremely transparent process and the reputation of state’s and Centre’s agencies, the press rejoinder said.

Legal defamation is being contemplated by them over these unfounded allegations if they are continued to be made, it said.

Congress president in Telangana and MP A Revanth Reddy had made allegations of procedural irregularities and favouritism in the e-auction of plots conducted last week.