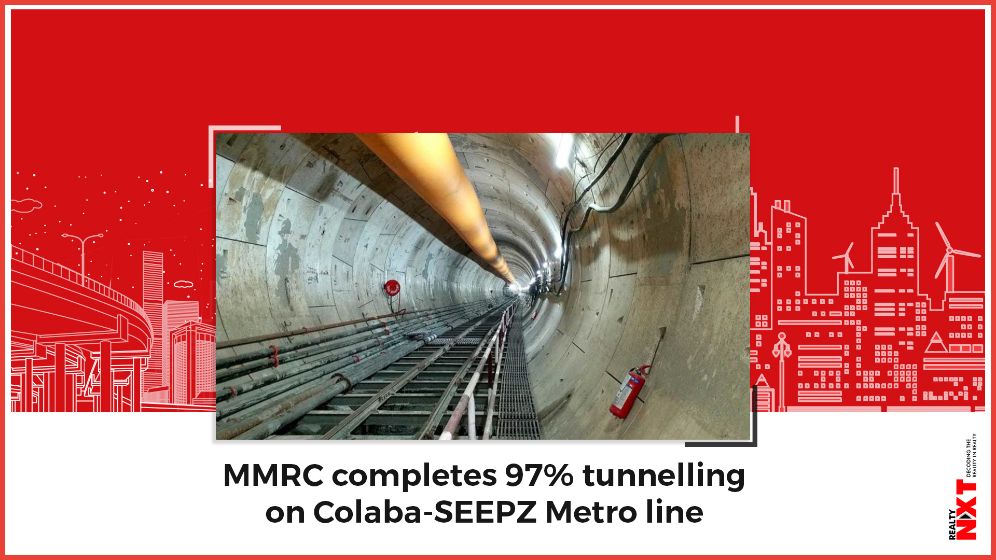 Spelling cheers for Mumbaikars, almost 97 per cent tunnelling work on the longest and fully-underground Colaba-Bandra-SEEPZ Mumbai Metro 3 corridor has been completed with the 39th breakthrough achieved at Mahalaxmi, officials said on Wednesday.

The city’s first fully subterranean 33.50-kms long Colaba-Bandra-SEEPZ Metro-3 line, which passes below sections off the Mithi River and Mahim Creek, will have 27 stations, including 26 underground, with at least 6 inter-changes at strategic points on the route.

Estimated to cost around Rs 23,136 crore, the entire project is expected to be operational by mid-2022, and transport around 1.60 million commuters daily in full comfort.

In the ongoing work, the latest achievement was the breakthrough at Mahalaxmi Metro Station by the tunnel boring machine Tansa-2, completed in 257 days, using 745 concrete rings, Deol said.

“This was a challenging task as this stretch from the Science Museum Metro Station to Mahalaxmi Metro Station encompasses tunnelling below the buildings which are more than 80 years old and live Western Railway tracks between Mahalaxmi-Lower Parel railway stations,” he said.

This work was part of the longest – Package-3 in the total project – which includes Mumbai Central, Mahalaxmi, Science Museum, Acharya Atre Chowk, and Worli metro stations, and has witnessed three major breakthroughs so far.

Officials say that by 2022-end, Mumbai would get at least 3 new Metro lines which will make commuting much easier besides reducing the load on the city roads and the two highways.

Simultaneously, the work on other Metro routes by the Mumbai Metropolitan Region Development Authority is proceeding at full swing in different parts of the city and surroundings.