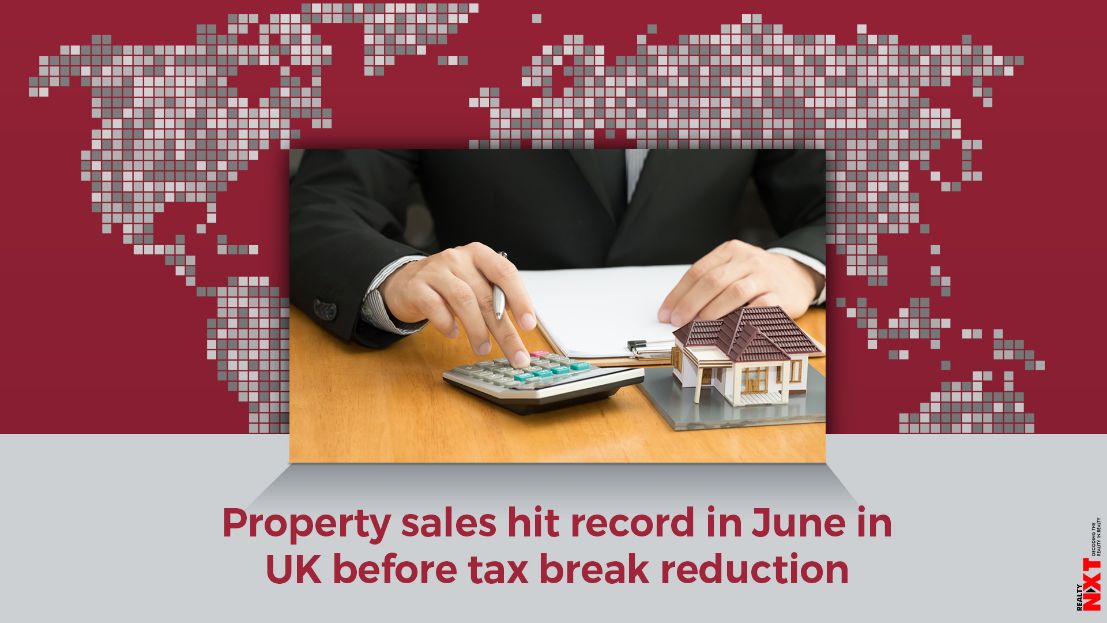 Sales volumes were the highest for a single month since records began in April 2005, on both a seasonally and a non-seasonally adjusted basis.

A record number of homes were sold in the United Kingdom last month as buyers rushed to complete sales before a COVID-related tax break on property purchases was scaled back at the end of the month.

British finance minister Rishi Sunak temporarily scrapped the stamp duty tax on the first 500,000 pounds ($681,000) of property purchases in July last year, and in March he extended the exemption by a further three months to the end of June.

Property sales and prices have boomed in Britain over the past year, despite a massive hit to the wider economy from COVID, as many buyers sought more space to work from home as well as to benefit from the tax break.

Across the United Kingdom 213,120 homes changed hands in June – more than double the number sold in May and above a previous peak of 174,060 recorded in March, when the tax break had first been due to end.

Sales volumes were the highest for a single month since records began in April 2005, on both a seasonally and a non-seasonally adjusted basis.

“We’ve become accustomed in recent months to seeing records smashed, but spikes like this are still jaw-dropping nonetheless. It is quite possible we will never witness anything like this again in our lifetime,” said Andrew Southern, chairman of property developer Southern Grove.

Sunak’s cut to stamp duty land tax applied in England and Northern Ireland. Buyers in the two nations will still benefit from a 250,000 pound exemption until the end of September. A similar measure in Wales ended in June, while Scotland stopped a tax break there in March.