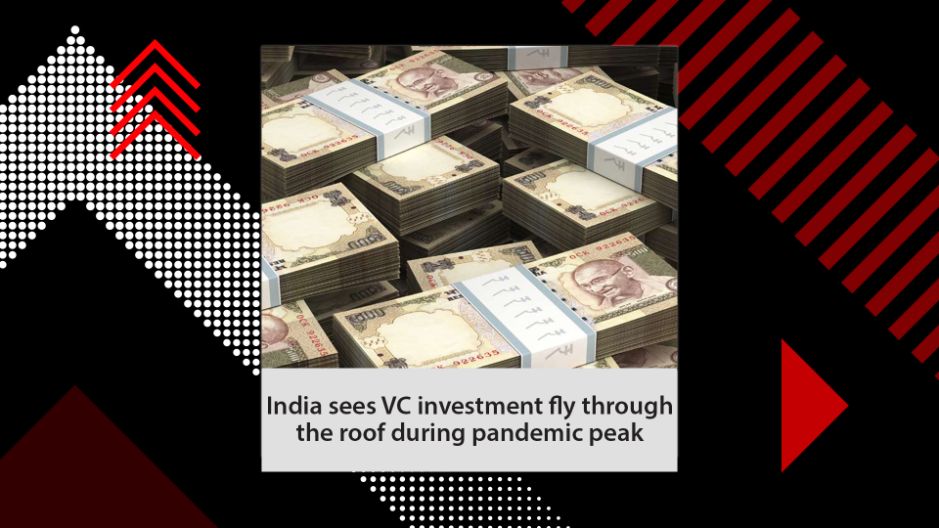 The second and more deadly wave of the Covid-19 pandemic seems to have provided no deterrent for investors as venture capital (VC) investment in the April-June period in India soared past the previous record high set in Q4 (October-December) of 2019.

According to a KPMG report, the high level of VC investment during the period is driven not only by VC investors but also by more traditional funds feeling a sense of FOMO (fear of missing out), given the broad applicability of digital business models in the pandemic.

A diversity of companies are attracting VC investment in India, in particular those focused on direct-to-consumer offerings, including e-commerce, food delivery, hyper-local grocery delivery, video sharing, and gaming, according to the Q2’21 edition of Venture Pulse – a quarterly report published by KPMG Private Enterprise on VC trends globally and in key jurisdictions around the world.

Investors have continued to pour money into edtech companies in India. Food delivery was also very hot in Q2’21, the report said.

“We have seen more and more tech enabled companies in India raising funds from the capital markets. This opens a new avenue for early, mid and late stage financial sponsors to cash in on their investments. This is a significant shift from an exit route available to financial investors previously, which will only increase the attractiveness of these businesses,” KPMG in India Partner and National Leader, Private Equity, Nitish Poddar said.

KPMG in India Partner and Co-Head – Corporate Finance Anand Vermani said: “VC deals count in India saw an unprecedented incline continuing the rally that began from the third quarter of 2020. Major investments are chasing solutions that are built around financial services and delivery; cutting across businesses that offer on-demand financial support, B2B e-commerce, D2C, meals & grocery, supply chain & logistics, and mobility. The advent of the so called traditional funds into this segment with large ticket investment lends a strong vote of confidence and validation to operating models of these new age businesses.”

At the global level also, VC investment reached a new high in Q2’21, with $157.1 billion raised across 7,687 deals as against $147.2 billion raised across 8,557 deals in Q1’21. A robust IPO market, high valuations, and a seemingly endless supply of dry powder helped fuel the ongoing increase, the KPMG report said.

The incredible level of VC investment was buoyed by ten $1 billion+ funding rounds across 8 countries. While globally fintech was the most attractive sector of investment, health, biotech, edtech, gaming and food delivery continued to see significant investment activity.

The report said that Corporate investment was very robust in Q2’21 – accounting for $73.9 billion in investment. First time financings in first half of the year totalled $20.1 billion – well on track to exceed the peak high of $32 billion seen in 2018.