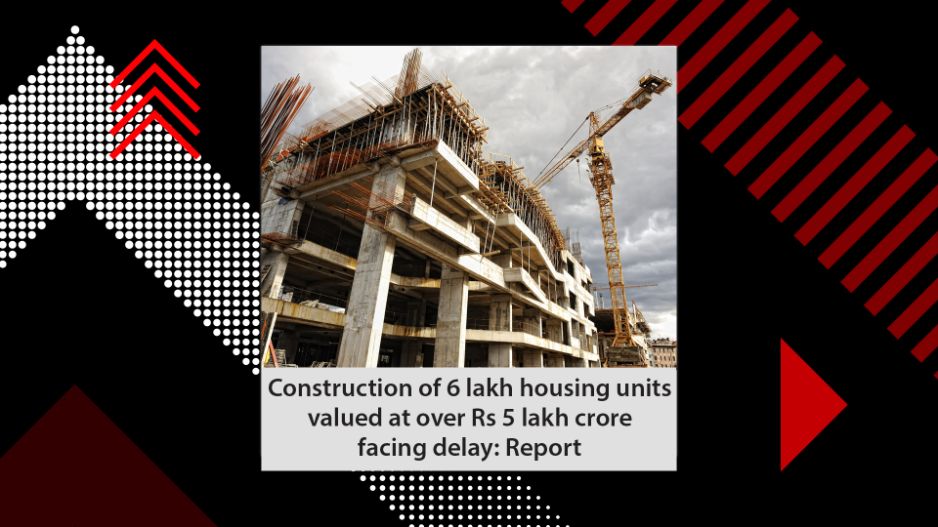 The NCR now accounts for 52 per cent of the over 6 lakh units either totally stuck and languishing valued at Rs 2.49 lakh crore.

Construction of over six lakh homes valued at over Rs 5 lakh crore is either fully stuck or delayed across seven Indian cities as of mid-2021, as per a report by a realty consultant released on Monday. These units are in projects in seven cities, which were launched on or before 2014, the report by Anarock Property Consultants said.

The report classified 1.74 lakh homes valued at Rs 1.40 lakh crore as “totally stuck” and added that two-thirds of these units are priced below Rs 80 lakh.

It said the government’s Special Window for Affordable and Mid-Income Housing (SWAMIH) fund has come to the rescue of several projects but did not specify the exact help tendered by the scheme.

Delhi-National Capital Region leads the chart with 1.13 lakh units in totally stalled projects having a value of Rs 86,463 crore, followed by Mumbai Metropolitan Region with 41,730 units worth Rs 42,417 crore, the report said.

In the overall list, including totally stuck and languishing projects, the NCR region has overtaken MMR, the report said.

Pune contributes 8 per cent of the stuck or delayed projects list with a value of Rs 29,390 crore, the report said, adding Kolkata has 5 per cent valued at Rs 17,960 crore.

The report said in southern cities, housing projects are mostly on track, which is evident through the data.

Hyderabad, Chennai and Bengaluru collectively contribute only 11 per cent of the total delayed or stuck projects.

Its head of research Prashant Thakur said NCR’s share in the number of delayed or stuck projects has grown to 52 per cent in mid-2021 from 35 per cent as of end-2019 when it had last done such a study.

There can be various reasons for the jump in stuck or delayed projects in NCR like litigations, COVID-19 pandemic and issues around funding, he said, calling the decrease of such units in Pune and MMR during the same period as “remarkable”.