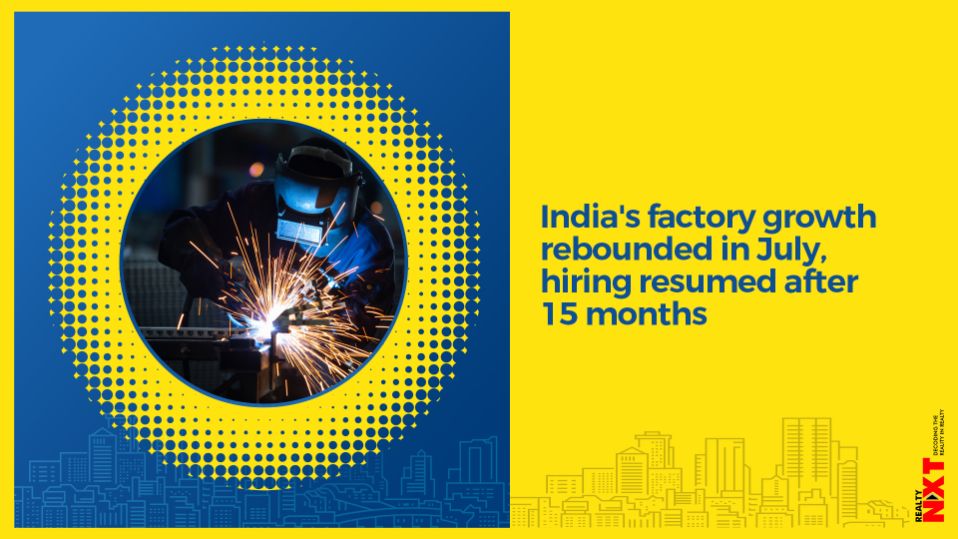 A lack of raw material availability and higher freight fees drove input costs higher, though the pace was at a seven-month low.

Factory activity in India bounced back in July as demand surged both at home and abroad, prompting companies to create new jobs for the first time since the onset of the pandemic, a private sector survey showed on Monday.

The Manufacturing Purchasing Managers’ Index, compiled by IHS Markit, jumped to 55.3 last month from 48.1 in June, well above 50-level separating growth from contraction.

“Output rose at a robust pace, with over one-third of companies noting a monthly expansion in production, amid a rebound in new business and the easing of some local COVID-19 restrictions,” said Pollyanna De Lima, economics associate director at IHS Markit.

India grappled with a devastating second wave of coronavirus infections in April and May but falling case numbers have allowed many restrictions to be eased.

The country is still reporting more than 40,000 cases per day, taking the total number of infections to around 31.6 million, but the economic re-opening induced higher demand and sales, leading to a sharp expansion in output.

New export orders grew at the fastest rate since April.

Employment rose for the first time since March 2020, breaking a 15-month chain of job shedding. However, the pace of hiring was mild, indicating a job crisis is still evident.

A lack of raw material availability and higher freight fees drove input costs higher, though the pace was at a seven-month low.

“With firms’ cost burdens continuing to rise, however, and signs of spare capacity still evident, it’s too early to say that such a trend will be sustained in coming months,” added De Lima.

The Reserve Bank of India is not expected to raise interest rates until next fiscal year on predictions inflation remains within its target band of 2%-6% this year.