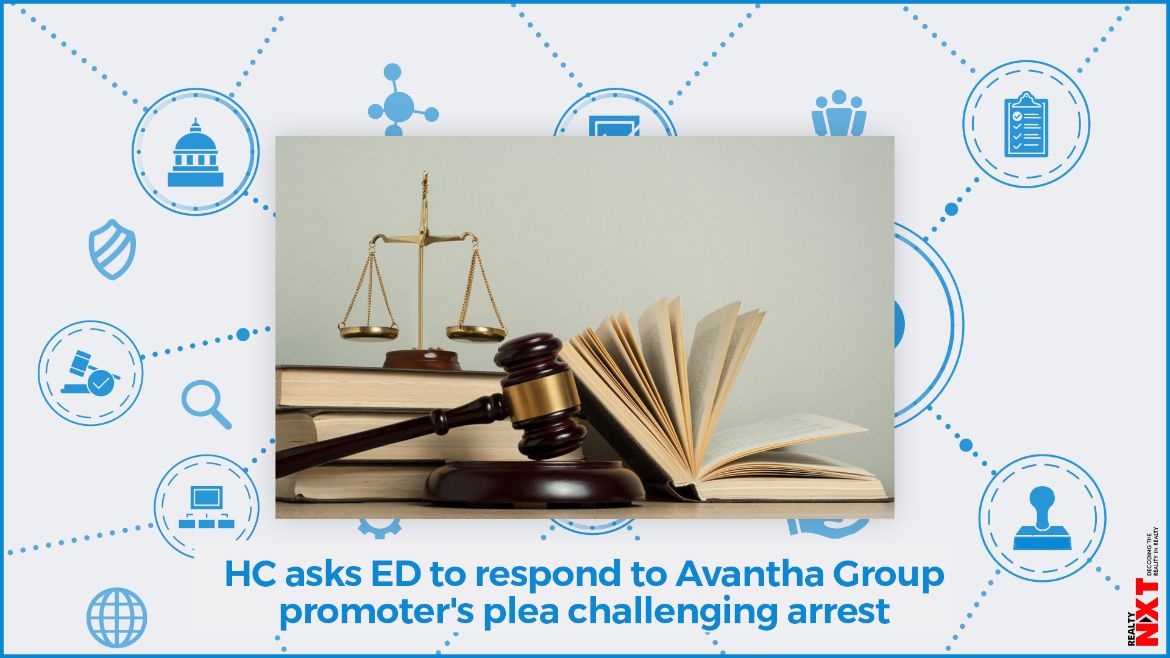 Thapar has approached the high court challenging a trial court’s August 5 order by which his plea to declare his arrest as illegal was dismissed without recording reasons.

The Delhi High Court Monday asked the Enforcement Directorate (ED) to respond to a plea by Avantha Group promoter Gautam Thapar, arrested in connection with a Rs 500-crore money laundering case, claiming that he was produced before the trial court after expiry of statutorily mandated 24 hours.

Thapar has approached the high court challenging a trial court’s August 5 order by which his plea to declare his arrest as illegal was dismissed without recording reasons.

Justice Yogesh Khanna asked the ED to file within seven days, its counter-affidavit to the two petitions filed by Thapar and listed the matter for further hearing on August 27.

The high court was informed that Thapar, who was sent to 10-day ED custody, will be produced before the trial court later in the day.

Advocate Vijay Aggarwal, representing Thapar, argued that the time of arrest shown in the arrest memo is 7;55 PM on August 3. However, the search and seizure was conducted by the ED officials at Thapar’s place at 8:30 AM on August 3 and he was arrested at that time only.

He said that on August 4, Thapar was produced before the special judge, PMLA, after the expiry of statutorily mandated 24 hours period contrary to the provisions of law and he was remanded ED custody for a day. On August 5, he was sent to 10 days in ED custody.

“Time of arrest is when the person is first to put to restraint, that is, 8:30 AM here and not the time of arrest recorded by the arresting officers. He was not produced before the court within 24 hours,” Aggarwal argued.

Besides, Thapar has also sought a copy of the Enforcement Case Information Report (ECIR) registered by the ED, the copy of reasons to believe that Thapar was guilty of offence of money laundering, and a check-list prepared before the arrest.

Additional Solicitor General S V Raju, representing the ED, said he would file a reply to the petitions and that there was no urgency in the matter.

According to the ED, Thapar was arrested on August 3 night after the agency carried out raids against him and his linked businesses in Delhi and Mumbai.

The probe revealed that sham agreements were made by these entities to fraudulently obtain huge amount running into more than 500 crore from Yes Bank and further by different modes of layering the tainted amount was laundered and the loan account thus turned NPA causing a loss of huge public money, it had alleged.

The case is having international ramifications involving proceeds of crime stashed outside the country in form of immovable properties and bank accounts which is to be unearthed, it had said.

The ED has been probing an alleged transaction between his company Avantha Realty, Yes Bank co-founder Rana Kapoor and his wife, who are already being investigated under the PMLA by the agency.

The case of money laundering was registered by the ED after taking cognisance of an FIR lodged by the Central Bureau of Investigation (CBI).

“The (CBI) FIR alleges that Rana Kapoor, then MD and CEO of Yes Bank Limited, obtained illegal gratification in the form of a property in a prime location in Delhi at much less than the realisable market value belonging to Avantha Reality Ltd for sanction of a loan to ARL and for extending concessions, relaxations and waivers in the already existing credit facilities provided to Avantha Group companies and for advancing new and additional loans to them by Yes Bank Ltd,” the ED had said earlier.

CBI had last year booked Kapoor and his wife Bindu for allegedly obtaining a bribe of Rs 307 crore through the purchase of a bungalow in a tony Delhi area from a realty firm at half the market price and facilitating around Rs 1,900 crore bank loans to it in return, the agency had said.

The CBI suspected that the discounted transaction for the 1.2 acre-bungalow on Amrita Shergill Marg in Delhi was a gratification to Kapoor through the company Bliss Abode Pvt Ltd in return for non-realisation of over Rs 1,900 crore in loans from Yes Bank to Gautam Thapar-promoted Avantha Realty and group companies, it said.