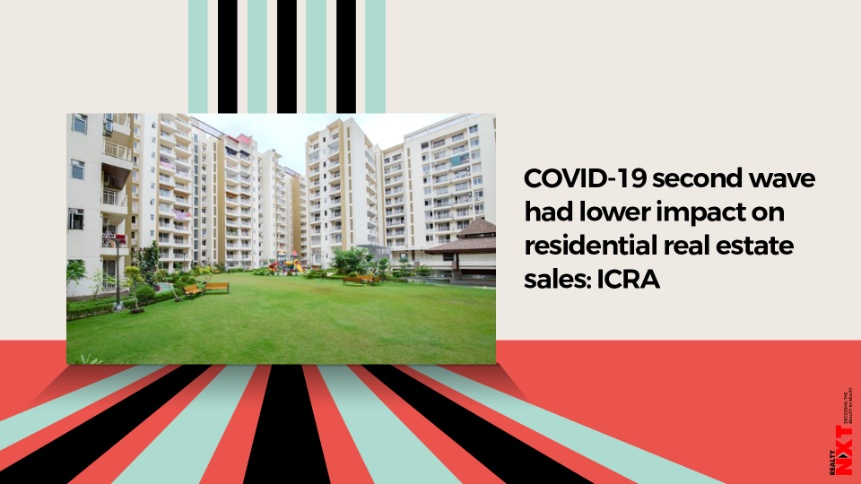 Housing sales in volume terms more than doubled to 68.5 million sq ft year-on-year during April-June of this fiscal across eight major cities on lower base effect, but demand fell 19 per cent from the previous quarter due to the second wave of the pandemic, according to rating agency ICRA.

“The sales in the residential realty sector across the top eight cities of the country in Q1 FY2022 dropped 19 per cent to 68.5 million sq ft from 84.7 million sq ft in Q4 FY2021 due to the second wave of the pandemic,” it said in a statement.

The sequential drop of 19 per cent comes on a high base of Q4 FY2021, in which the sector witnessed its second highest sales, since FY2012.

“However, residential sales more than doubled when compared to the 33.7 million sq ft of sales recorded in the corresponding quarter of the previous year, Q1 FY2021,” ICRA said. With the increased focus on vaccination by the government and quick re-opening of the economy, ICRA said sales are likely to recover to the earlier levels in the short-to-medium term.

The rating agency noted that the underlying demand trend has remained intact, driven by factors such as multi-year low interest rates and need for more residential space on account of shift to hybrid working model.

“The impact of the second wave has been lower than that witnessed in the first wave due to various factors including the continuing work-from-home by many salaried employees, more localised lockdown restrictions and higher degree of certainty regarding future income levels and stability,” said Kapil Banga, Sector Head & Assistant Vice President at ICRA.

In particular, he said, the IT/ITES sector has witnessed robust financial performance with increased hiring, which supported the demand from employees in such sectors.

“The preference for bigger and better homes is also supporting second-home purchases which had remained low in the previous years. Though the second wave has dented the market following a good recovery curve in H2 FY2021, a similar recovery curve is expected in the second half of FY2022 as well,” Banga said.

ICRA said that home-buyers have been leaning towards completed inventory and towards developers with an established track record of on-time and quality project completion.

Commenting on the ICRA’s report, Ananta Singh Raghuvanshi, Senior Executive Director, Sales & Marketing, Experion Developers, said the pandemic has been so prolonged that, the test of patience is well past the fence sitters.

“Buyers are coming forward to conclude discussions. Friends and family are trying to be located in close proximity. Vaccines and masks are giving prospective buyers the confidence for personal site visits. Home loans are being offered at the door step,” she said.

Raghuvanshi said housing prices are expected to rise quarter on quarter, in line with habitation and infrastructure improvement. She said the festive season looks very promising for sales and felt that impact of second and third waves might probably get mitigated.