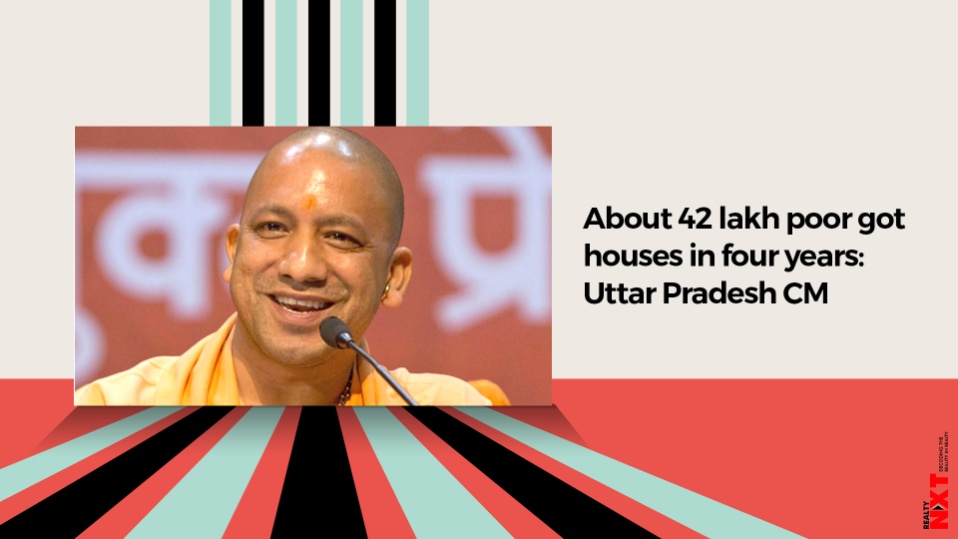 The UP CM also alleged that earlier people were not getting proper benefits of housing schemes due to corruption.

Before the implementation of the Pradhan Mantri Awas Yojana, only half of the amount was made available to beneficiaries, he said.

“There was corruption prevailing all around. After coming into power, PM Modi opened bank accounts through the Jan Dhan Yojana. Now, people’s money has started going into their bank accounts, the CM said at a virtual programme where symbolic keys of houses were handed over to beneficiaries.

The chief minister also interacted with the beneficiaries from various districts and said about 42 lakh houses have been sanctioned in the past four years in UP. Whereas in the past 30 years, only 54 lakh people were able to get houses, he said.

This proves that previous governments did not have “the poor” on their agenda, he claimed.

“One should express gratitude to Modiji that he has connected the poor, farmers, youth and women with schemes of the government without any discrimination. More than 27 lakh people are getting the benefit of the Pradhan Mantri Awas Yojana,” he said.

Criticising previous governments, the CM said casteism, regionalism and nepotism caused obstructions in the way of development in the state.

The CM also said about 70 per cent of the beneficiaries of the Pradhan Mantri Awas Yojana are women.

“Through this scheme, these women are on the path of becoming self-reliant,” he said.