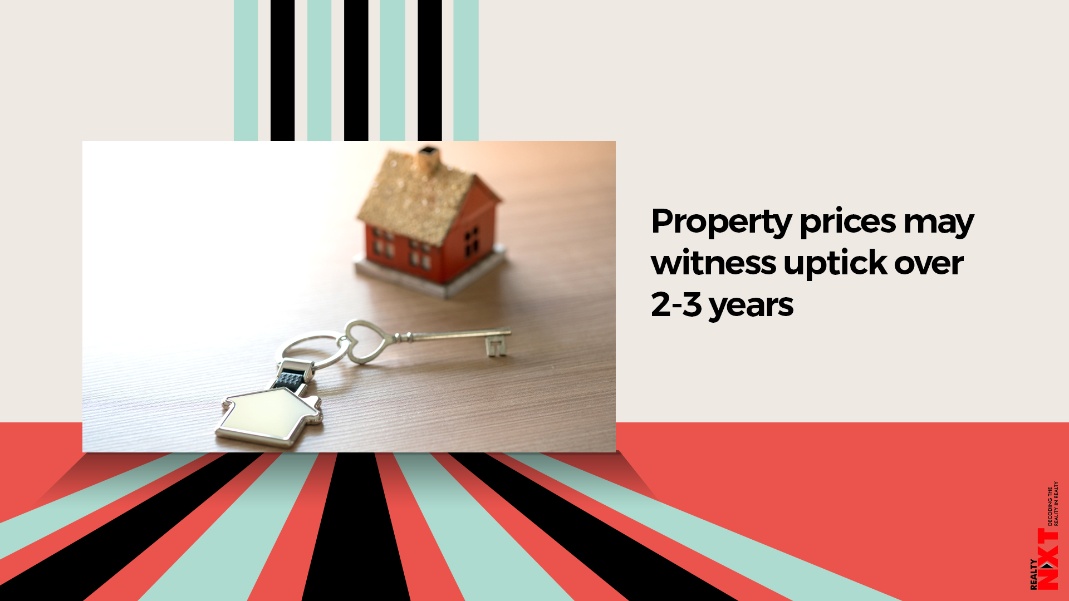 Residential real estate prices in the country are likely to increase over the next 2-3 years.

Over the past several years property prices in the key markets including the Delhi-NCR have declined significantly owing to several disruptions to the market.

According to an ICICI Securities report, the possible rise in prices over the next few years may remain in the single digit per year,

“While prices have remained stagnant over the last 5 years, we believe that prices may see a single digit rise over the next 2-3 years annually as inventory levels have stabilized,” it said.

“While we are believers in an upcycle for the residential sector in India, we are of the view that a sustained single digit sales price CAGR is beneficial for all stakeholders rather than a super cycle similar to FY03-07 where residential prices went up by 3-4x in a short period,” it added.

Mortgage rates offered by most large lenders range in the 7-7.5 per cent range for 20-year housing loans and is the lowest ever historically since 2005, it said, adding that even assuming that mortgage rates may inch up over H2FY22-23E, mortgage rates of 8-8.5 per cent (assuming 100bps increase) are still affordable and would not significantly dent buying decisions.

Robust hiring outlook for IT, fintech sectors among others and salary hikes will help to support housing demand, especially in South India.

Further, owing to healthy balance sheets, access to capital and many unlisted, weaker developers being shunted out of the market, the market share of large organised developers is set to grow further in the next 2-3 years.

Most developers in the listed space have aggressive launch plans from H2FY22 onwards and are looking to grow at a double-digit sales value CAGR over the next two-three years which will lead to market share gains assuming that industry size remains stagnant.

“We estimate that the pan-Indian residential market share for our coverage universe will grow from 25 per cent in FY21 to 29 per cent in FY24E,” it said.