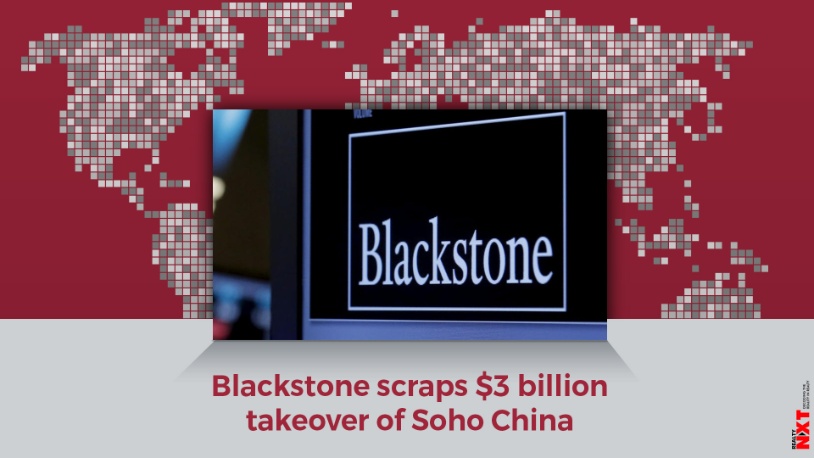 Blackstone had hoped to expand its presence in the country through the acquisition of Soho China, which holds prime real estate in cities like Beijing.

A US private equity firm has abandoned a planned $3 billion purchase of Chinese property developer Soho China, with antitrust authorities yet to approve the deal.

Blackstone had hoped to expand its presence in the country through acquisition of Soho China, which holds prime real estate in cities like Beijing.

But its offer had been conditional upon clearance from China’s competition authorities, and the parties concluded that the pre-conditions would not be satisfied within a designated time frame, according to a filing to the Hong Kong exchange dated Friday.

Both sides have now “agreed that the offer should not be made,” the filing added.

Blackstone’s offer in June, at HK$5 per share, was over 30 percent above Soho China’s closing price at the time — and valued the property group at HK$26 billion ($3.3 billion).

The latest joint statement did not elaborate further on why the deal fell through.

But it comes as Beijing steps up a broad crackdown on monopolistic behaviour and deals that has spooked China’s once unassailable tech giants, with regulators taking aim at industries from e-commerce to education.

The real estate sector has also been hit in recent weeks, with a crackdown making it harder to raise cash and embattled firms like real estate giant Evergrande struggling to service debts.