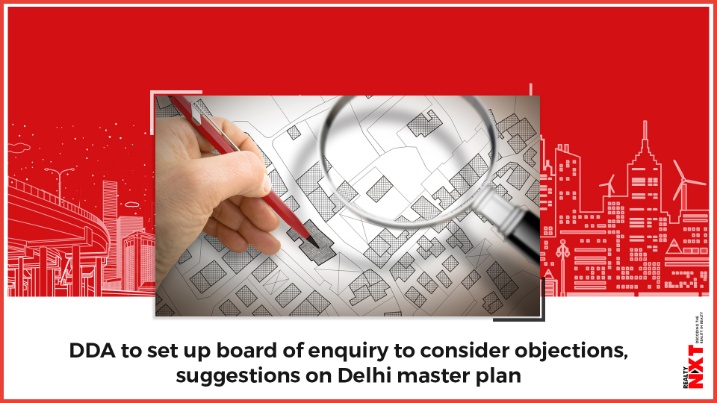 The LG, among other decisions, directed constitution of a board of enquiry, for hearing and considering objections and suggestions offered by the public on the draft Master Plan of Delhi 2041, officials said.

The decision was taken during the meeting of the DDA authority, chaired by Baijal. He is also the chairman of the urban body.

The LG, among other decisions, directed constitution of a board of enquiry, for hearing and considering objections and suggestions offered by the public on the draft Master Plan of Delhi 2041, officials said.

The board will be headed by DDA vice chairman Anurag Jain, they said, adding that after this the draft will be sent to the Union Ministry of Housing and Urban Affairs for final notification.

From creating a ”24-hour city” with night-time economy, extensive transport infrastructure, affordable housing for all and healthy environment to checking unauthorised colonies and pollution – these are part of the guiding principles the DDA has laid out for the Master Plan of Delhi 2041.

The vision document largely covers the policies of environment, economy, mobility, heritage, culture and public spaces, among others.

After the publication of the draft MPD 2041, several urban planning experts and activists had requested to extend the date in view of the Covid pandemic and the voluminous nature of the vision document.

The person submitting objections or suggestions was to give his or her name, address and telephone or other contact details, the DDA had earlier said.

Highlighting the importance of safety of women in a rapidly urbanising world, a collective of civil society organisation and public policy experts on July 15 had urged the DDA to add a separate chapter on gender-related issues in the draft MPD 2041.

The process of preparation of the Master Plan of Delhi 2041 was initiated in 2017, and it remained on track in spite of the lockdown and other restrictions on account of the COVID-19 pandemic.

The first Master Plan for Delhi was promulgated in 1962 under the Delhi Development Act of 1957, followed by the Master Plans of 2001 and 2021, each of which is an extensive modification of the respective previous plan document.

“These plans were prepared for 20 years’ perspective periods and provided a holistic framework for planned development of Delhi.

The MPD 2041 is a ‘strategic’ and ‘enabling’ framework to guide future growth of the city, built upon the lessons learnt from the implementation of the previous plans,” the draft says.