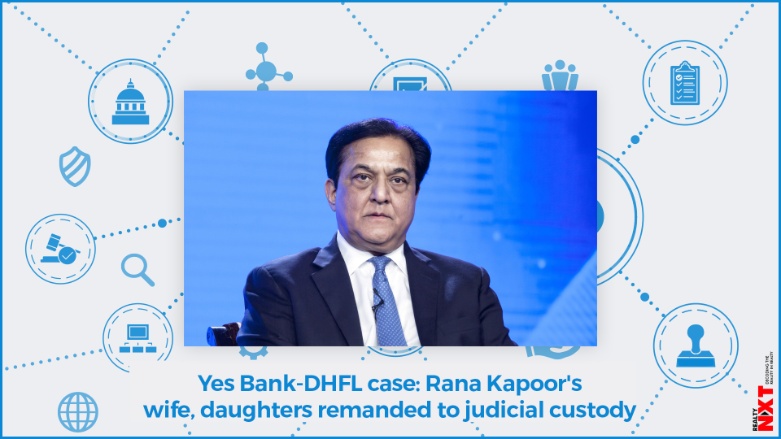 Kapoor’s wife Bindu and daughters Radha Khanna and Roshini have been named as accused in charge sheets filed by the probe agency in the case.

A special CBI court in Mumbai on Saturday denied bail to the wife and two daughters of Yes Bank founder Rana Kapoor in a quid-pro-quo case involving private sector lender DHFL and remanded them to 14-day judicial custody.

Kapoor’s wife Bindu and daughters Radha Khanna and Roshini have been named as accused in charge sheets filed by the probe agency in the case, and the court, after taking cognizance of the charge sheet, had summoned the trio.

The three appeared in court and filed for bail through their legal team comprising Vijay Agarwal and Rahul Agarwal, who argued that the charge sheet was filed without Bindu, Radha and Roshni being arrested, and, therefore, as per a Supreme Court judgement, they deserve to be granted bail.

Vijay Agarwal further argued that the court had already exercised the discretion of issuing summons to his clients, which clearly shows there is no need for their arrests.

However, Special Judge S U Wadgaonkar rejected their bail applications and sent them to judicial custody till September 23.

After the prosecution submitted that the jail superintendent wouldn’t accept the custody of the accused without an RTPCR report, the court allowed the probe agency to keep the three in judicial custody till it was received.

As per the Central Bureau of Investigation, Kapoor, who is in jail in a related case being probed by the Enforcement Directorate, entered into a criminal conspiracy with DHFL’s Kapil Wadhawan.

In return, DHFL’s Wadhawan allegedly “paid kickback of Rs 600 crore” to Kapoor in the form of loans to DoIT Urban Ventures, a firm controlled by Kapoor’s wife and daughters.