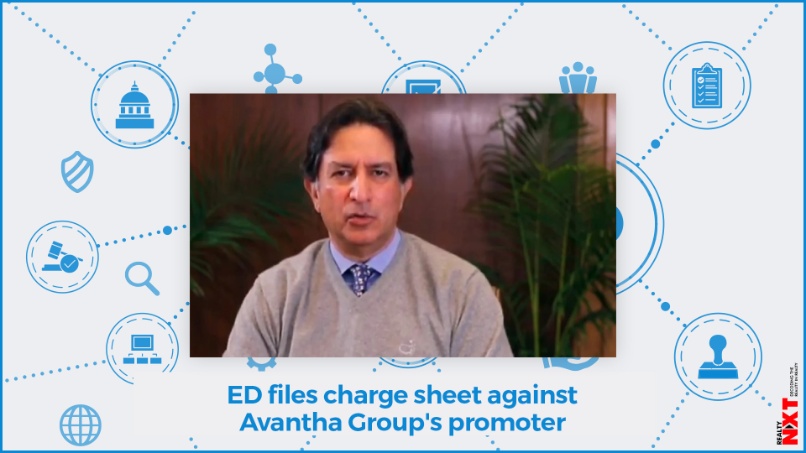 The ED was probing an alleged transaction between his company Avantha Realty, Yes Bank co-founder Rana Kapoor and his wife Bina, who are already being investigated under the PMLA by the agency.

The Enforcement Directorate (ED) on Friday filed a charge sheet against Avantha Group promoter Gautam Thapar in connection with Rs 500-crore money laundering case. The final report was filed before Special Judge Sanjeev Aggarwal, who put up the matter for consideration on October 4.

Thapar was arrested by the ED in August and is in judicial custody.

The court, meanwhile, adjourned the bail application, filed by advocate Vijay Aggarwal and Karanjawala & Co, for October 7 for further arguments.

The application has claimed that the accused was no longer required for custodial interrogation and no purpose will be served by keeping him in further custody.

It claimed that there was no possibility of the accused tempering with the evidence or influencing the witnesses.

The ED was probing an alleged transaction between his company Avantha Realty, Yes Bank co-founder Rana Kapoor and his wife Bina, who are already being investigated under the PMLA by the agency.

The FIR alleged that Kapoor, then MD and CEO of Yes Bank, obtained illegal gratification in the form of a property in a prime location in Delhi at much less than the realisable market value belonging to Avantha Reality Ltd for sanction of a loan to ARL, and extending concessions, relaxations and waivers in the already existing credit facilities provided to Avantha Group firms and for advancing new and additional loans to them by Yes Bank Ltd.