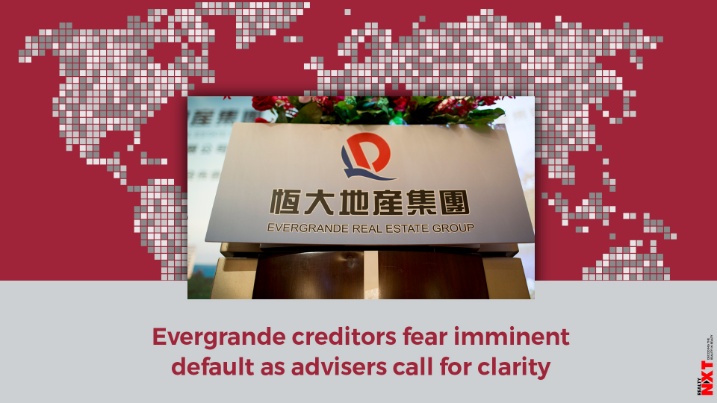 Evergrande, which could trigger one of China’s largest defaults as it wrestles with debts of more than $300 billion, had already missed two payments on dollar bonds, worth a combined $131 million, last month.

China Evergrande Group offshore bondholders are concerned that it is close to defaulting on debt payment obligations and are demanding more information and transparency from the cash-strapped property developer, their advisers said.

Evergrande, which could trigger one of China’s largest defaults as it wrestles with debts of more than $300 billion, had already missed two payments on dollar bonds, worth a combined $131 million, last month.

This has left investors wondering if they will have to swallow large losses at the end of 30-day grace periods for coupons that were due on Sept. 23 and Sept. 29.

A group of bondholders have enlisted investment bank Moelis & Co and law firm Kirkland & Ellis to advise them.

Offshore bondholders want to engage “constructively” with the company, but are concerned about lack of information from what was once China’s top-selling property developer, Bert Grisel, a managing director at Moelis, said.

“Unfortunately, so far, we have had a couple of calls with the advisers,” Grisel said, adding that there had not been any “meaningful dialogue with the company or provision of information”.

“We all feel that an imminent default on the offshore bonds is or will occur in a short period of time,” he added.

Evergrande, which faces nearly $150 million in offshore payment obligations next week, did not immediately respond to a Reuters request for comment

Neil McDonald, a restructuring partner in the Hong Kong office of Kirkland, said the bondholders would like more transparency, and hoped Evergrande would meet its disclosure obligations as part of the stock listing rules.

With few clues as to how local regulators propose to contain the contagion from Evergrande, the price of bonds and shares in Chinese property developers slumped again on Friday.

In another development, Evergrande dollar-bond trustee Citi has hired law firm Mayer Brown as counsel, a source familiar with the matter, who declined to be named due to the sensitivity of the matter, told Reuters earlier on Friday.

The possible collapse of one of China’s biggest borrowers has triggered worries about contagion risks in the world’s second-largest economy, with other debt-laden property firms hit by rating downgrades on looming defaults.

Evergrande shares have been suspended since it requested a trading halt on Monday pending a major transaction announcement.