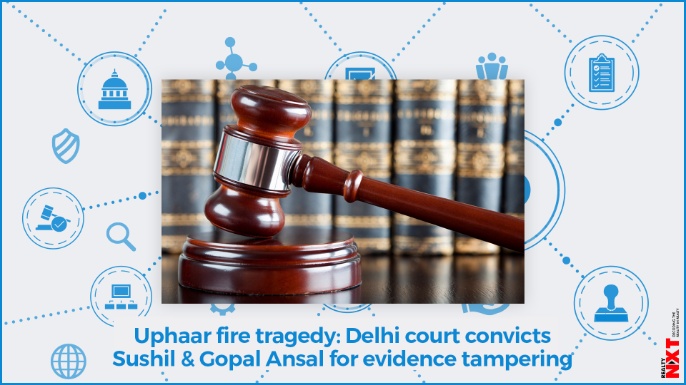 The court is likely to hear arguments on quantum of sentence on Monday. The convicts may face a maximum term of life imprisonment.

A Delhi court on Friday convicted real estate barons Sushil and Gopal Ansal for tampering with evidence in the 1997 case of Uphaar Cinema fire which claimed 59 lives.

The court is likely to hear arguments on quantum of sentence on Monday. The convicts may face a maximum term of life imprisonment.

The court also sought income certificates of all the convicts by Monday to decide compensation for the victims and their kin.

The fire had broken out at Uphaar Cinema during the screening of the Hindi film ‘Border’ on June 13, 1997, claiming 59 lives.

The Ansals were convicted and sentenced to 2-year jail term in the main case by the Supreme Court. It released them however taking into account the prison time they had done on the condition that they pay Rs 30 crore fine each, to be used for building a trauma centre in the national capital.

Two other accused, Har Swaroop Panwar and Dharamvir Malhotra, died during the course of the trial.

The court accepted the arguments by senior advocate Vikas Pahwa, appearing for the complainant Association of Victims of Uphaar Tragedy (AVUT), that Ansals and Panwar hatched a criminal conspiracy for destruction of the most vital piece of evidence collected by the CBI against them in the main case.

The case was lodged on the direction of the Delhi High Court while hearing a petition by AVUT chairperson Neelam Krishnamoorthy.

The documents were handpicked and mutilated, torn and some also went missing, Pahwa told the court.

The prosecution claimed that Ansals were prosecuted in the main case and the documents which were mutilated, destroyed or illegally removed, manifested their involvement in the day-to-day functioning of Uphaar Cinema.

It said the Ansals had taken the defence in the main case that they had no involvement in the day-to-day functioning.

The tampering was detected for the first time on July 20, 2002, and a departmental enquiry was initiated against Dinesh Chand Sharma. He was suspended and terminated from services on June 25, 2004.

The prosecution said that after the termination of his job, the Ansal brothers helped Sharma get employment on a monthly salary of Rs 15,000.

When the case was registered, the documents of the company, where Sharma was employed post- suspension, were further tampered with by its chairperson Anoop Singh.

Delhi Police had earlier told the court that tampering with evidence by real estate barons eroded the confidence and trust of a common man in the criminal justice delivery system.

It said the tragedy was the most sensitive case of the city at that time and tampering with the documents in such a case could not be taken lightly.

According to the charge sheet, the documents tampered with included a police memo giving details of recoveries immediately after the incident, Delhi Fire Service records pertaining to repair of transformer installed inside Uphaar, minutes of Managing Director’s meetings, and four cheques.

Out of the six sets of documents, a cheque of Rs 50 lakh, issued by Sushil Ansal to self, and minutes of the MD’s meetings, proved beyond doubt that the two brothers were handling the day-to-day affairs of the theatre at the relevant time, the charge sheet had said.