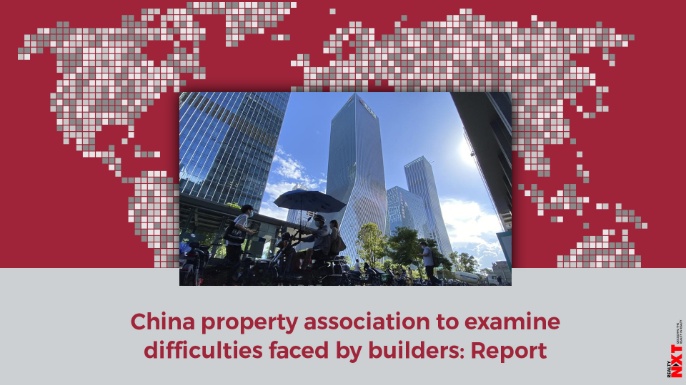 Tens of thousands of Chinese developers borrowed heavily to build homes during a red-hot property boom between 2016 and 2018, but are now facing a liquidity crunch amid sharply weaker demand and tighter regulations.

A leading property association in China will hold a meeting with its members on Friday to assess the difficulties developers are facing across the country and any related risks, Yicai, a Chinese financial news outlet, reported on Tuesday.

The meeting is for the China Real Estate Association (CREA) to conduct a thorough investigation of the problems of its members, Yicai said, quoting people in the industry.

The investigation will be helpful to the implementation of policies, the people were cited as saying.

Tens of thousands of Chinese developers borrowed heavily to build homes during a red-hot property boom between 2016 and 2018, but are now facing a liquidity crunch amid sharply weaker demand and tighter regulations.

Home sales have slowed this year due to a clampdown on speculative buyers, hitting builders’ cashflow. Property firms have also been affected by loan caps as the government steps up its deleveraging campaign to contain rampant borrowing.

The potential collapse of highly indebted real estate firms such as China Evergrande Group have raised concerns about systemic risks to the broader economy. The real estate sector accounts for a quarter of China’s gross domestic product.

The northeastern city of Harbin on Sunday announced support for developers, allowing them to get back their presale funds held in government escrow accounts as quickly as possible to ease pressure on their cashflow.

“All kinds” of easing policies can be expected from late October to support developers, said Yan Yuejin, director of Shanghai-based E-house China Research and Development Institution.

A local property association in the southwestern city of Chengdu also said on Tuesday it would hold a meeting with developers on Thursday as its property market faced new challenges.

On Sunday, Morgan Stanley lifted its view on China’s real estate sector to “attractive” from “in line”, saying regulators may relax their grip on the sector to help stabilise it.