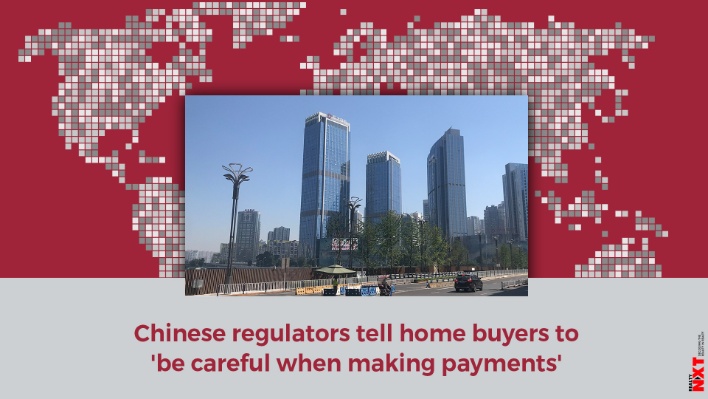 Chinese developers are allowed to sell residential projects before construction, but are required to put the funds acquired from sales in escrow bank accounts monitored by local governments.

Chinese housing regulators are telling home buyers to exercise caution when making payments on purchases, amid concerns that funds are illegally siphoned away by developers in a sector that is facing a severe liquidity crunch.

Chinese developers are allowed to sell residential projects before construction, but are required to put the funds acquired from sales in escrow bank accounts monitored by local governments.

Concerned that funds might be illegally diverted, a housing regulator in the eastern city of Hangzhou recently launched an online system that allows home buyers to confirm if their deposits have really been placed in government escrow accounts.

Authorities are taking a more active role in safeguarding interests and rights of home buyers as developers face debt payment deadlines amid fears of a wider crisis.

Heavily indebted property behemoth China Evergrande Group missed its third round of bond payments in as many weeks, and others have warned of defaults.

Last month, Chinese media outlet Caixin reported that several local governments had set up custodian accounts for property projects of Evergrande to ensure funds are used to complete housing projects and not diverted to pay creditors.

The cash-strapped developer has halted building work at many projects across China.