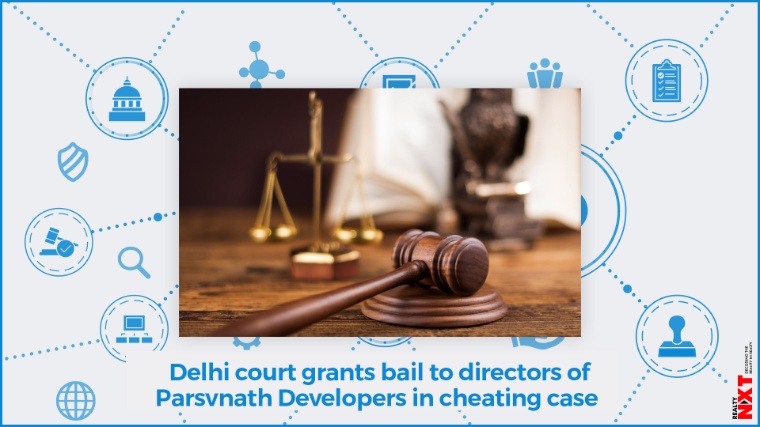 A Delhi court has granted bail to the directors of a real estate company accused of duping an associate professor of Rs 10 lakh after promising to give him a flat in one of its housing projects that had no approval from authorities.

Metropolitan Magistrate Dev Saroha on October 23 granted bail to the directors of Parsvnath Developers — Pradeep Kumar Jain, Rajeev Jain and Sanjeev Kumar Jain — after they appeared before the court in pursuance to summons issued against them earlier in the case of cheating and criminal breach of trust.

Dr. SK Goyal, an associate professor in Delhi University, had alleged in his complaint, filed by advocate Namit Saxena, that the accused duped him into giving money for a real estate project in Delhi for which the Parsvnath Group had no sanction for approval.

The court granted relief to the accused on sureties of Rs 50,000 each on the ground that they were not arrested during investigation.

After investigating, the Delhi Police filed a charge sheet before the court against the company and its directors.

The accused, who were summoned by the court after the judge took cognisance of the charge sheet, moved bail application after appearing before it on October 23.

The application was opposed by Saxena, who alleged that the accused have duped other people as well of crores of rupees.