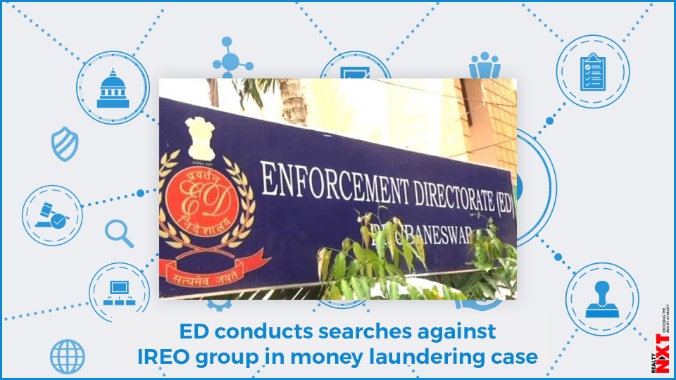 The raids were conducted at the premises linked to the CEO and CFO of the group under the provisions of the anti-money laundering law.

The Enforcement Directorate on Monday conducted searches at a dozen locations in Delhi-NCR and Chandigarh in connection with its money-laundering investigation against real estate group IREO, officials said.

The raids were conducted at the premises linked to the CEO and CFO of the group under the provisions of the anti-money laundering law. About a dozen premises in the national capital region (NCR) and Chandigarh have been covered, they said.

The federal probe agency on November 16 had arrested the group’s vice-chairman and managing director Lalit Goyal in the money laundering case, which is linked to the alleged diversion of home buyers’ funds to the tune of Rs 2,600 crore.

The arrest in Chandigarh came after Goyal was stopped by immigration authorities on November 11 at the Indira Gandhi International (IGI) Airport “while he was trying to leave the country”.

The action was taken by immigration officials on the basis of an ED lookout circular issued against him. Goyal, whose sister is married to BJP leader Sudhanshu Mittal, was questioned at the airport and detained by the agency following which he was questioned by the investigators in Chandigarh.

The ED said its criminal investigation against Goyal is based on FIRs filed by Panchkula Police in Haryana and also by the Economic Offences Wing (EOW) of the Delhi Police against companies like IREO Private Limited and IREO Fiveriver Private Limited, and Lalit Goyal and others.

The searches on Monday are being conducted on the basis of some fresh disclosures found in the case, officials said.

The ED had earlier said the group adopted a modus operandi that included “routing of funds from various entities based in tax haven countries like British Virgin Islands (BVI), Mauritius, among others; diversion of funds by way of buy back of equity shares; recording of fictitious expenses in the books of accounts; writing off project in progress; loans and advances to sister concerns; and round tripping of funds through shell companies”.

“Total funds involved are over Rs 2,600 crore, part of which is proceeds of crime,” it alleged. Goyal, it said, was a “settler and named beneficiary of a Guernsey-based overseas trust, which owns and controls entities holding assets outside India”. It said the recent ‘Pandora Papers’ global leaks of offshore assets holdings by individuals and firms “also named four entities (which are beneficially owned by Lalit Goyal) having registered address in BVI and holding assets having value more than USD 77.73 million (about Rs 575 crore)”.

The businessman and his legal team had earlier denied any wrongdoing on their part and said no funds were diverted abroad in violation of laws.