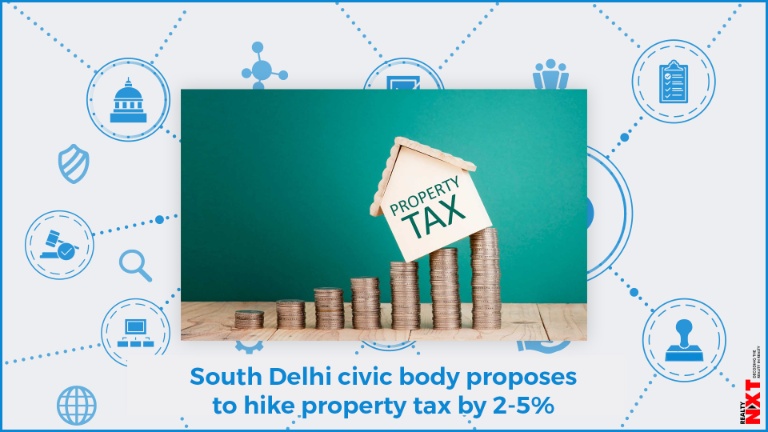 Residential, commercial and non-residential plots (of up to 150 sqm) are currently divided into three categories in the city — A-B; C-E’ and F-H categories.

Seeking to augment its revenue, the South Delhi Municipal Corporation (SDMC) on Tuesday proposed in its budget to increase property tax levied on residential and commercial properties, and reduce the number of rate slabs from three.

Residential, commercial, and non-residential plots (of up to 150 sqm) are currently divided into three categories in the city — A-B; C-E’ and F-H categories.

Bharati said that property tax rates in A through E slabs, have not been raised in the last 10 years.

The commissioner also said that to mark the occasion of 75th year of India’s Independence, ‘Shaheedi Park’ and Bollywood Park’ are to be developed on the lines of the ‘Bharat Darshan Park’.

The budget comes ahead of civic polls due next year. Later, the commissioner also took questions from reporters.

Asked if the proposal to increase property tax is not approved by the legislative wing of the corporation, how will it meet the revenue requirements, Bharati said, “We will then have to go for the PPP model”.

According to the budget, SDMC has been disposing of 51 lakh metric tonne legacy waste and is likely to dispose of 100 percent legacy waste by December 2023.

“Our Swachh rank will improve, once we do 100 percent waste collection, segregation and processing,” he told reporters.