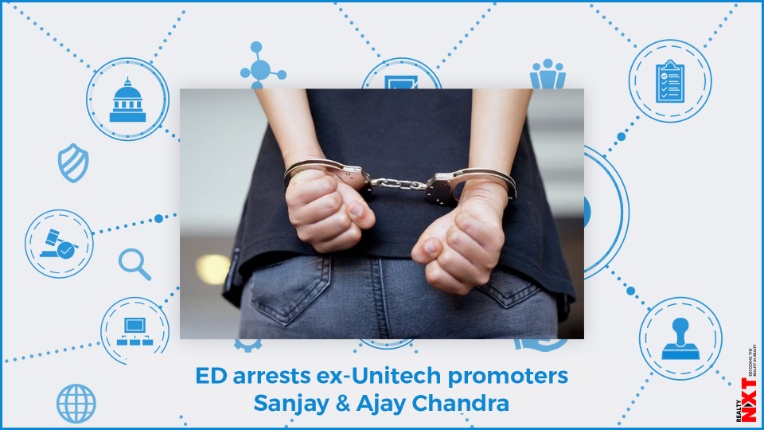 The Enforcement Directorate (ED) has arrested jailed ex-promoter brothers of the Unitech realty group — Sanjay Chandra and Ajay Chandra — in a money laundering case being investigated against them, officials said on December 21.

They said the brothers were taken into custody on December 20 and have been brought to Delhi from Mumbai where they were lodged in separate jails in an alleged cheating case filed by the Delhi Police.

The action came after the Supreme Court earlier this month allowed the anti-money laundering agency’s plea for a fresh custodial interrogation of the duo saying it has obtained new evidence against them and it needs to confront them with those documents.

The ED is expected to produce them before a special Prevention of Money Laundering Act (PMLA) court in New Delhi seeking their custody for interrogation, they said.

The agency had earlier informed the Supreme Court that the brothers were conducting business from the Tihar Jail premises in connivance with the prison staff when they were lodged there.

It had made a startling revelation that its officials unearthed a “secret underground office” in the jail which was being operated by erstwhile Unitech founder Ramesh Chandra and visited by his sons Mr. Sanjay and Mr. Ajay when on parole or bail.

The apex court, following this disclosure by the ED, asked authorities to shift the brothers in two separate prisons in Mumbai, Arthur Road Jail and Taloja Jail.

The ED, which has been investigating money laundering charges against the Chandras and their realty firm Unitech Ltd., said in its report that both Mr. Sanjay and Mr. Ajay have rendered the entire judicial custody meaningless as they have been freely communicating, instructing their officials and disposing of properties from inside the Tihar Jail in connivance with the prison staff.

The brothers are in jail since August, 2017 and are accused of allegedly siphoning home buyers’ money. The ED filed a criminal case under various sections of the PMLA early this year against the Unitech group and its promoters over allegations that the Chandra brothers illegally diverted over ₹2,000 crore of depositors funds to Cyprus and the Cayman Islands.

It has attached properties worth more than ₹690 crore in this case till now.