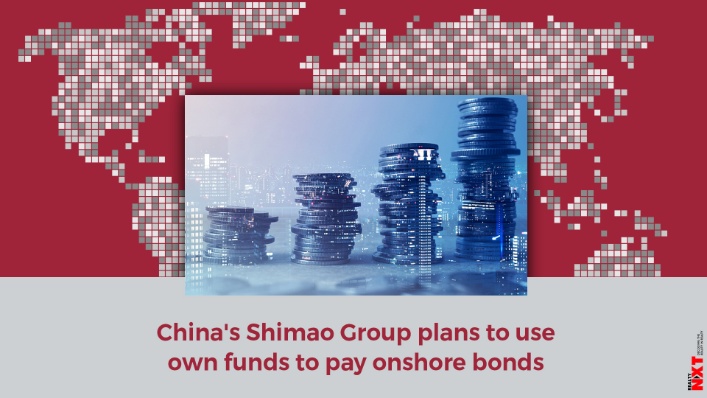 Shanghai Shimao Co also said it will be difficult to meet its 38 billion yuan ($5.96 billion) full-year sales target, as sales in the first 11 months were 28.2 billion yuan.

Chinese developer Shimao Group’s flagship unit said it plans to use its own capital to make onshore bond payments due in the next three months, and it is in talks to sell its commercial and hotel assets.

Shanghai Shimao Co also said it will be difficult to meet its 38 billion yuan ($5.96 billion) full-year sales target, as sales in the first 11 months were 28.2 billion yuan.
The firm published the comments made to investors in a filing on Monday.

Shimao saw sharp falls in its shares and debt this month, triggered by worries over an asset sale and canceled apartment deals, as well as downgrades by rating agencies on increased financing risks.

Shanghai Shimao also caused further worries when it said earlier it had sold its property management business to sister company Shimao Services for 1.7 billion yuan ($267 million), at a valuation some analysts said was higher than market average.

The firm said in the Monday filing the proceed is for developing and operating commercial complex, not repaying debt.

Separately, Shimao Services — the group’s property management arm — said in a filing on Friday it is operating steadily, and it will not conduct any major assets disposal or acquisition with parent company in next six months.

Shares of Shimao Group and Shimao Services, both listed in Hong Kong, rose over 2% on Tuesday. Shanghai Shimao dropped 2%.

Shimao Group has told investors in November its sales this year would be around 290 billion yuan due to a national credit tightening, and it would consider selling come commercial and hotel assets if prices were good.