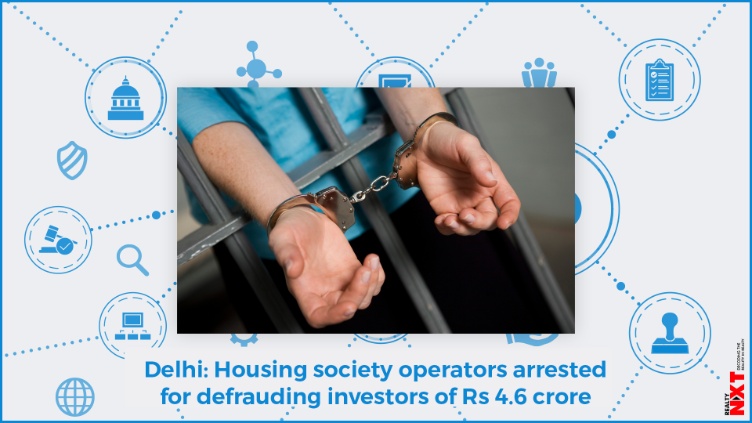 According to police, the matter came to light after it received a complaint from one of the victims alleging that a housing society cheated him of lakhs.

The Economic Offences Wing of Delhi Police has arrested two men for allegedly cheating people of Rs 4.6 crore in the name of land pooling policy of DDA, officials said on Tuesday.

Jatin Gulrajani (39), a property dealer, and his associate Raj Kumar (42), who is into computer repair business, were arrested after an investigation in the fraud, they said.

According to police, the matter came to light after it received a complaint from one of the victims alleging that a housing society cheated him of lakhs.

The complainant said that in August 2019, the alleged society had published an advertisement of sale of flats.

He booked a one-BHK flat at a total cost of Rs 19,80,000 and paid Rs 4,51,000 in three installments towards the cost of land, the complainant said, according to police.

The complainant alleged that there was no construction on ground for which he had paid money and it seemed that the whole scheme was a fraud, police said.

Following the complaint, a case was registered and investigation taken up.

Subsequently, more victims approached the EOW and made complaints against the alleged society, they said.

During investigation, it was revealed that an amount of approximately Rs 4.6 crore was received from 45 members in the name of land pooling policy of DDA, Special Commissioner of Police (Crime) Devesh Srivastava said.

He said around 90 per cent of this amount was transferred in the account of an enterprise which was given a huge commission ostensibly for providing members and arranging land for the society.

“Huge amount in turn, was found credited in the bank account of wife of accused Jatin Gulrajani, the secretary of the society and one of the accused,” the officer said.

He said the said “enterprise” made an agreement for purchase of land on behalf of the society at a price of Rs 4 crore per acre, whereas agreement with the owner of land was done only for Rs 2.25 crore per acre.

The enterprise was allegedly ran by Raj Kumar, the other arrested accused, police said.

The EOW has so far registered 28 cases and arrested 24 accused in the case, they said.